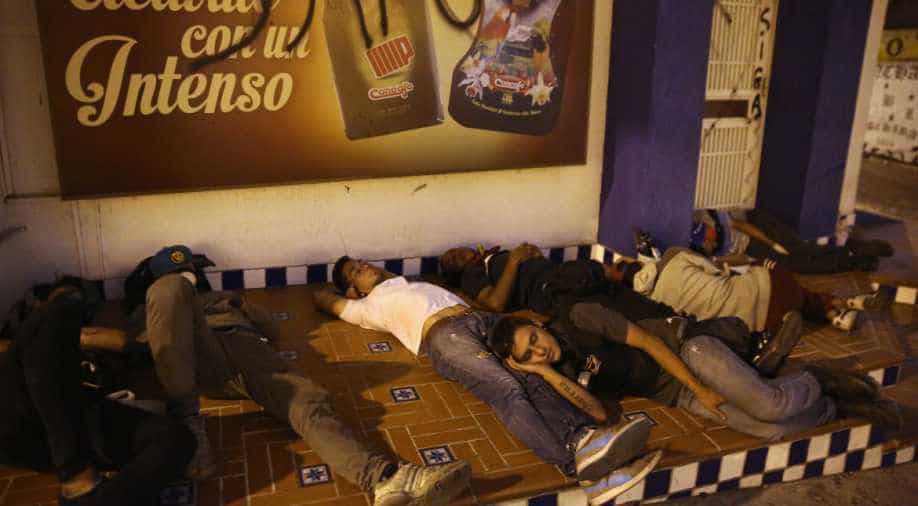 Venezuela, which is enduring severe shortages of food and other basic commodities, will receive 600 tonnes of goods from Trinidad and Tobago under a trade agreement. Photograph:( Getty )

Follow Us
Trinidad and Tobago sent approximately 68 tonnes of food and commodities to crisis-hit Venezuela Thursday, with hundreds more tonnes set to arrive in the coming days, a Venezuelan official said.

Venezuela, which is enduring severe shortages of food and other basic commodities, will receive 600 tonnes of goods from Trinidad and Tobago under a trade agreement.

The embattled South American country is grappling with an economic crisis prompted by the plunge in prices for its crucial oil exports.

The country's opposition is meanwhile seeking to remove President Nicolas Maduro from office with a referendum he is resisting.

Maduro's critics blame his economic management for the country's woes and denounce the jailing of his political opponents.

The goods were flown from Trinidad and Tobago's Piarco International Airport to nearby Sucre state in northern Venezuela, he said.

The Venezuelan government will transport approximately 170 more tonnes of food in the next three days, while the rest will be sent to other states by sea beginning next week.

The goods will be sold at subsidized prices through a state-owned company, Urbaez said.

At least five people were killed and more than 400 arrested, the authorities said.