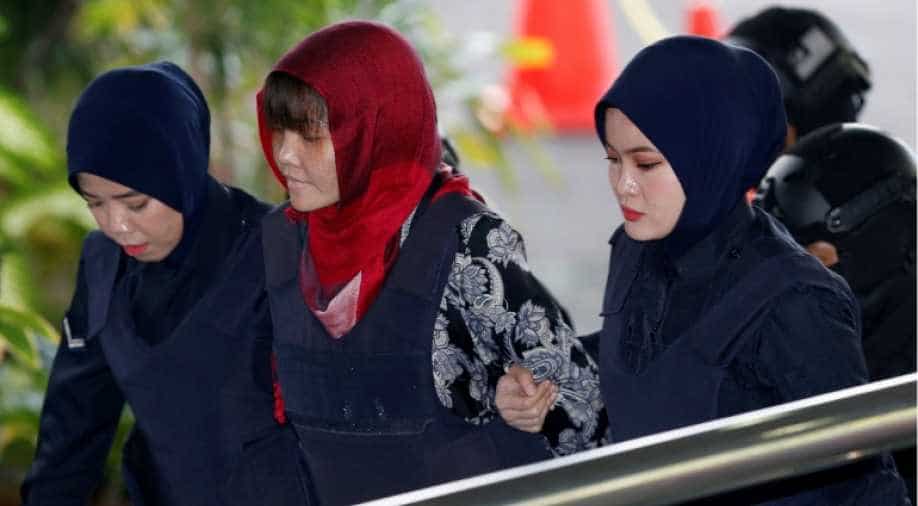 Vietnam's call had followed Monday's release, at Indonesia's request, of an Indonesian woman, who had been accused along with the Vietnamese, Doan Thi Huong.

Malaysia's attorney-general on Thursday rejected Vietnam's request to free a woman accused of the murder of Kim Jong Nam, the half-brother of North Korea's leader, and a court set April 1 for her trial to resume.

Vietnam's call had followed Monday's release, at Indonesia's request, of an Indonesian woman, who had been accused along with the Vietnamese, Doan Thi Huong.

Huong and Siti Aisyah were charged with killing Kim Jong Nam by smearing his face with VX poison, a banned chemical weapon, at Kuala Lumpur airport in February 2017.

"It's our complaint that the public prosecution has not acted fairly and justly to Doan Thi Huong," her lawyer Hisyam Teh, who asked for an adjournment on the grounds that his client was unwell.

The told the court the rejection of Vietnam's request was "perverse", and a case of discrimination, as the attorney-general had favoured one party over another since the court had ordered both to enter their defence.

Vietnam's ministers of justice and foreign affairs are communicating with their Malaysian counterparts to secure his client's release, The added.

"Vietnam has mentioned this case in all its exchanges with Malaysia and we have also requested that Malaysia conduct a fair trial," foreign ministry spokeswoman Le Thi Thu Hang told a news conference in Hanoi, the capital.

Prosecutors had sprung a surprise on Monday by asking the court to drop the charge against Siti Aisyah and free her. The Indonesian embassy flew her to Jakarta the same day.

The trial featured airport video recordings of two women allegedly assaulting Kim Jong Nam while he prepared to check in for a flight.

In one, a woman identified as Huong puts her hands on Kim's face, while a blurry image shows someone the prosecution identified as Siti Aisyah hurrying away.

The rejected speculation that Siti Aisyah's release was due to a lack of video evidence against her, saying the court had already established a case against both.
'So it makes no difference whatsoever if Doan's image was caught on the CCTV camera, none at all,' he said after the hearing
.
Defence lawyers have maintained the women were pawns in an assassination orchestrated by North Korean agents. The North Korean embassy in Kuala Lumpur was defaced with graffiti just hours before the trial was to resume.

Interpol had issued a red notice for four North Koreans identified as suspects by Malaysian police who had left the country hours after the murder.

After the ruling, Huong was seen sobbing as she spoke with Vietnamese embassy officials, before being whisked away by police.

"I don’t understand why the other girl was released, but not my daughter," Vy told Reuters after the decision. "They were charged with the same thing, it’s such an injustice."

Kim Jong Nam was living in exile in Macau before the killing, having fled his homeland after his half-brother Kim Jong Un became North Korea's leader in 2011 following their father's death.

Some South Korean lawmakers said the North Korean regime had ordered the assassination of Kim Jong Nam, who had been critical of his family's dynastic rule. Pyongyang has denied this.