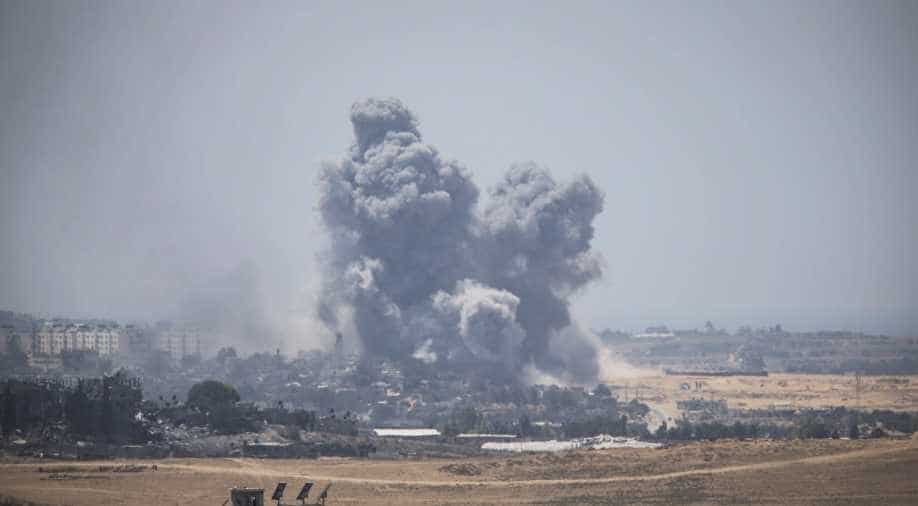 France convened foreign ministers from major powers today to put Israel-Palestinian peacemaking back on the international agenda and find a common ground to bring the two sides back to the table by the end of the year.

With US efforts to broker a deal on a Palestinian state on Israel-occupied land in deep freeze for two years, and Washington focused on its November presidential election, France has lobbied key players to hold a conference that would aim to break the apathy over the impasse and stir new diplomatic momentum.

The gathering of ministers in Paris includes the Middle East Quartet - which comprises the United States, Russia, the European Union and United Nations - as well as the Arab League, the UN Security Council and about 20 countries.

France has grown frustrated over the absence of movement towards a "two-state solution" since the collapse of the last round of talks in April 2014, arguing that letting the status quo prevail is like "waiting for a powder keg to explode".

"We know that we aren't going to get the Israelis and Palestinians to make peace immediately, but we want to create the right conditions to get the two around the negotiating table," said a senior French diplomat.

Neither Israel nor the Palestinians have been invited.

The meeting, the first international conference on the issue since Annapolis in the United States in 2007, will not touch on any of the chronic core differences between the two sides.

Its initial focus is to reaffirm existing international texts and resolutions that are based on achieving a Palestinian State in the West Bank and Gaza Strip co-existing with Israel, an outcome some say is becoming unrealistic.

Previous attempts to coax the foes to strike a deal have come to nought. The Palestinians say Israeli settlement expansion in occupied territory is dimming any prospect for the state they seek, with a capital in Arab East Jerusalem.

Israel has demanded tighter security measures from the Palestinians and a crackdown on militants who have attacked Israeli civilians or threaten their safety. It also says Jerusalem is Israel's indivisible capital and cannot be divided.

The Paris meeting will try to establish working groups comprising various countries that would meet in the coming months and tackle all aspects of the peace process.

Some groups would strive to create economic incentives and security guarantees to convince both sides to return to talks. Others would focus on trying to find ways to break deadlocks that scuttled previous negotiations, or look at whether other peace efforts such as a 2002 Arab initiative remain viable.

"France isn't trying to reinvent things that already are out there. The idea is to rebuild confidence and convince everybody to work together to find a way to get to the next conference," the diplomat said. He said the objective was to get Israelis and Palestinians back together after the US elections.

A senior US State Department official said that secretary of state John Kerry would bring no specific proposals to the conference.

US delegates will be in Paris "to listen to the ideas that the French and others may have, and talk through with them what might make sense going forward," the official said.

While objecting to the French initiative, Israeli Prime Minister Benjamin Netanyahu has stopped short of saying Israel would boycott the conference, although Dore Gold, director-general of Israel’s foreign ministry, told reporters in Jerusalem that the initiative was doomed.

"One hundred years ago, two officials by the name of Mark Sykes and Francois-George Picot tried to dictate a new order in the Middle East. It was at the apex of the era of colonialism in our era. This effort utterly failed then, and will completely fail today," he said.

Sykes and Picot were British and French diplomats who secretly mapped out a Middle East their nations would control on defeating the Ottoman Turks in World War One, but the borders they drew have been blurred by nationalist and sectarian bloodshed in recent years.

The Palestinians have meanwhile shelved plans to push for a UN Security Council resolution condemning settlements to see how the French initiative pans out.

In a column in the French daily Le Monde on Thursday, Palestinian chief negotiator, Saeb Erekat, said the old method of bilateral talks had failed and that it was time to move to a "multilateral framework" that would allow the international community to impose international law in the region.

"We aren't going to resolve this without the two parties and in the end the difficult choices will have to be made by them," the French diplomat said.