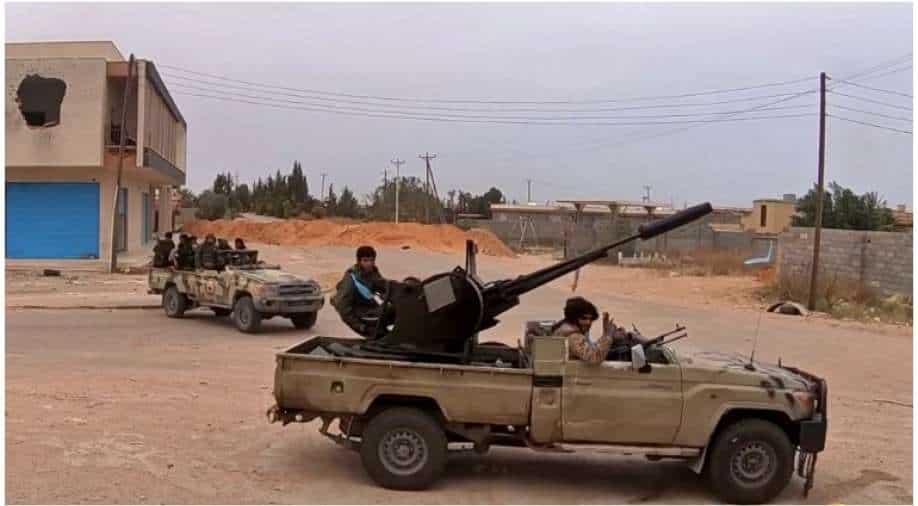 This image grab taken from a video published on the Facebook page of the War Information Division of military strongman Khalifa Haftar's self-proclaimed Libyan National Army (LNA) on May 26, 2019 shows fighters loyal to Haftar Photograph:( AFP )

An enormous trench being dug by Wagner, the Russian-backed mercenaries in war-torn Libya is threatening to derail UN-brokered peace deal, said CNN. The peace deal insists that all foreign fighters should leave Libya by this Saturday. However, the kilometres-long trench by Russian proxies suggests that they intend to further fortify their position.

Libya has seen conflict between internationally recognised Government of National Accord (GNA) and Libyan National Army (LNA). The LNA has dominant presence in eastern Libya and enjoys support from Russia and UAE.

On Friday, CNN published satellite images that showed construction of 'dozens of kilometers' long trench being dug from coastal region around Sirte. The trench extends to al-Jufra, a stronghold of Wagner mercenaries in the south. The trench is apparently being dug to repel attack against LNA defensive lines.

As per UN data, the conflict between GNA and LNA has caused 2000 deaths and has further shattered oil-rich, strategically important middle eastern nation.