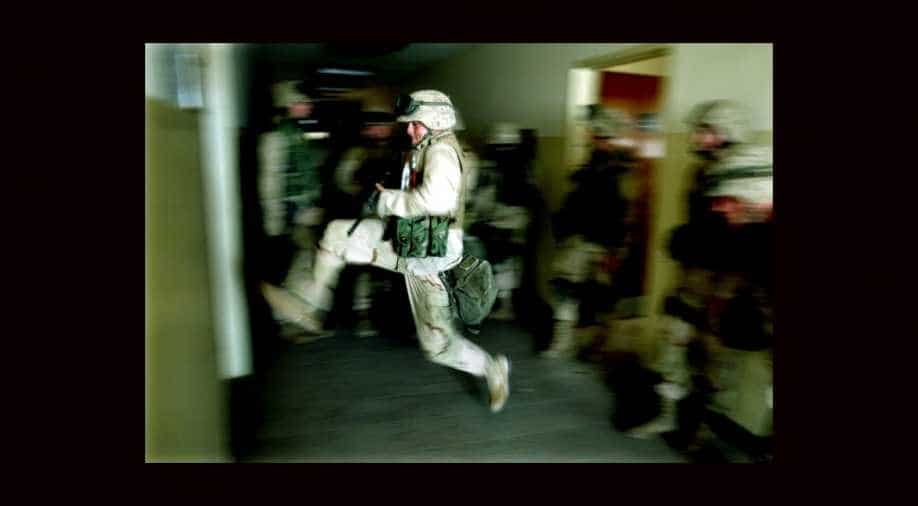 There was no imminent threat from Saddam and the chaos in Iraq and the region which followed should also have been foreseen, said inquiry chairman John Chilcot. In photo: A US marine kicks in a door in Iraq in 2003. Photograph:( Getty )

Follow Us
Britain's decision to go to war with Iraq in 2003 had a "far from satisfactory" legal basis and ex-Prime Minister Tony Blair's case for military action was over-hyped, a long-awaited inquiry into the conflict concluded on Wednesday.

The intelligence about Iraq's alleged weapons of mass destruction which Blair used to justify joining the US-led invasion, which led to the removal of Saddam Hussein and the deaths of 179 British soldiers, was flawed but went unchallenged, inquiry chairman John Chilcot said.

There was no imminent threat from Saddam in March 2003 and the chaos in Iraq and the region which followed should also have been foreseen, he added.

"The inquiry has not expressed a view on whether military action was legal," Chilcot told reporters and relatives of some of the soldiers killed in Iraq. "We have, however, concluded that the circumstances in which it was decided that there was a legal basis for military action were far from satisfactory."

Blair's statement to parliament in 2002 about the risk posed by Iraq's alleged weapons of mass destruction and an intelligence dossier to the public that accompanied it were presented with a "certainty that was not justified", Chilcot said.