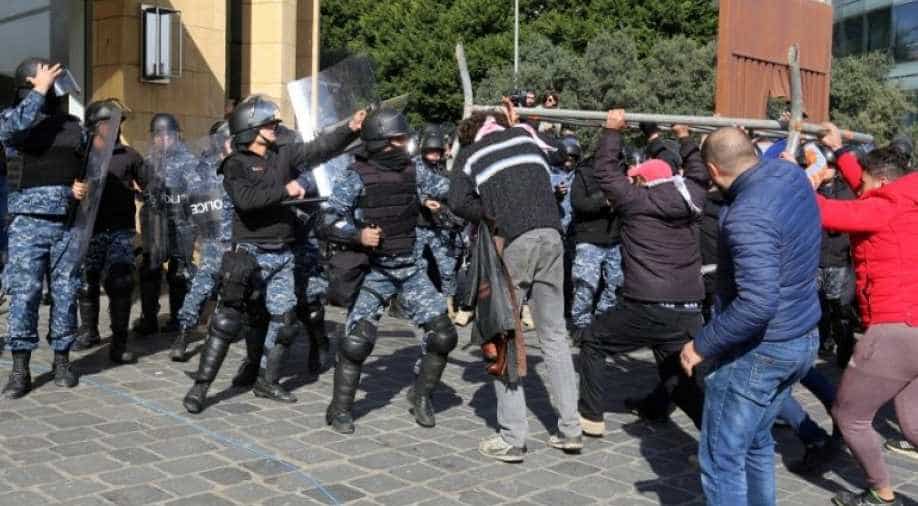 Protestors scuffle with the riot police during a protest against the political elite in Beirut, Lebanon Photograph:( Reuters )

Lebanese protesters hurled rocks and metal barricades at security forces blocking a road near parliament on Monday ahead of a budget debate as Lebanon grapples with a deep financial crisis.

Some protesters have rejected a new cabinet formed last week and accuse the political elite of ignoring demands that include an independent government and fighting corruption. 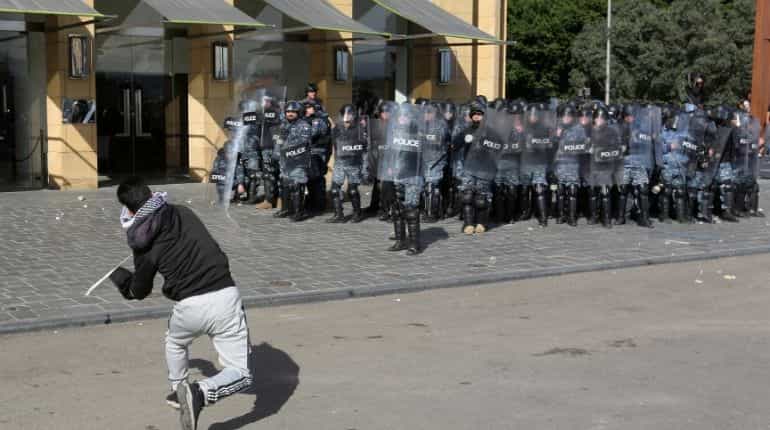 MPs are expected to vote on a budget that was first drafted by the Saad al-Hariri-led government that quit in October, prompted by the protests.

Parliament's finance and budget committee have introduced changes since then. Its chairman, Ibrahim Kanaan, told Reuters on Friday the latest projection was for a budget with a deficit of 7 per cent, instead of the originally hoped-for 0.6 per cent reflecting the crisis.