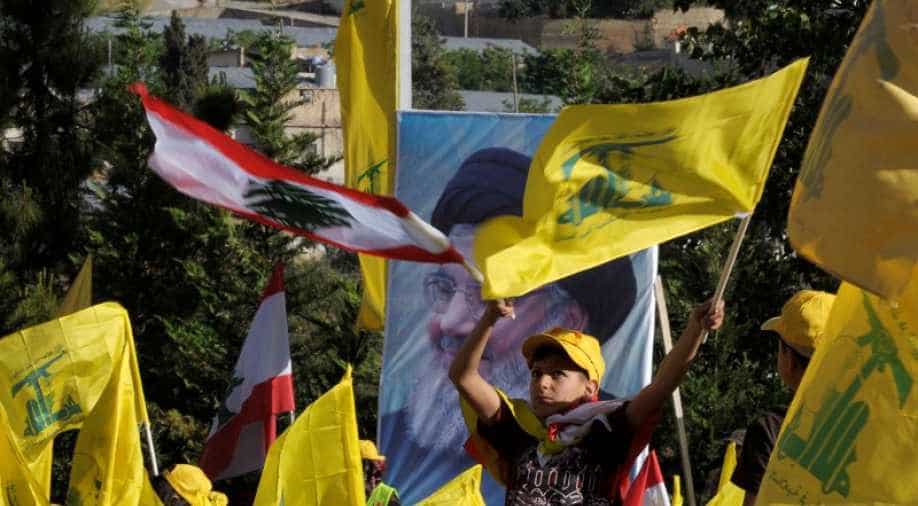 A boy waves a Hezbollah and a Lebanese flag while Lebanon's Hezbollah leader Sayyed Hassan Nasrallah appears on a screen during a live broadcast to speak to his supporters at an event marking Resistance and Liberation Day, in Bekaa valley May 25,2016 Photograph:( Reuters )

Follow Us
The Lebanese army shot and killed an islamic state militant and detained three more in a raid today in the Akkar region of northern Lebanon, security sources said.

The militant cell was accused of participating in the killing of Lebanese soldiers and of wounding an officer in the interior ministry's intelligence branch.

The raid took place at a house in the village of Khirbet Daoud, near the northern border with Syria. The militant was shot in a clash between soldiers and the militants, the sources said.

Sunni militants, including members of Islamic State and the al Qaeda-linked Nusra Front, have mounted a number of attacks in Lebanon since the war in  Syria began in 2011.

These include an incursion into the border town of Arsal in 2014 and suicide bomb attacks that have targeted the army and areas dominated by the Shi'ite Lebanese group Hezbollah, which is fighting in Syria in support of President Bashar al-Assad.