Last man to walk on moon dies at age 82 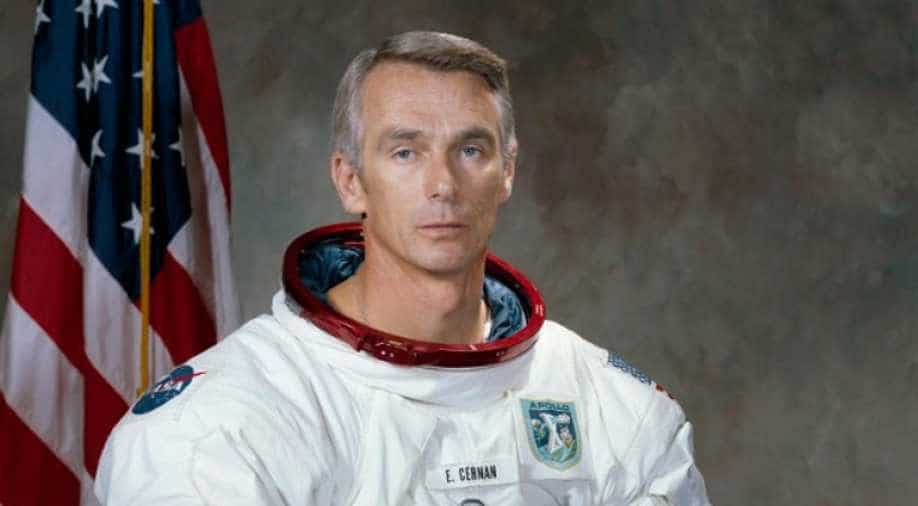 NASA on Momday announced the death of the last man to walk on moon, Eugene Cernan, on Monday.

The US astronaut died aged 82.

"We are saddened by the loss of retired NASA astronaut Gene Cernan, the last man to walk on the moon," the United States space agency said on Twitter.

We are saddened by the loss of retired NASA astronaut Gene Cernan, the last man to walk on the moon. https://t.co/Q9OSdRewI5 pic.twitter.com/gPdFTnXF2C

Cernan was the spacecraft commander of Apollo 17 -- his third space flight and the last scheduled US manned mission to the moon -- in December 1972., reported AFP.

"It is with very deep sadness that we share the loss of our beloved husband and father," the family said.

"Our family is heartbroken, of course, and we truly appreciate everyone's thoughts and prayers.

Gene, as he was known by so many, was a loving husband, father, grandfather, brother and friend," the statement added.

"Even at the age of 82, Gene was passionate about sharing his desire to see the continued human exploration of space and encouraged our nation's leaders and young people to not let him remain the last man to walk on the moon."

Cernan is survived by his wife Jan, one daughter, two step-daughters and nine grandchildren, the family said.