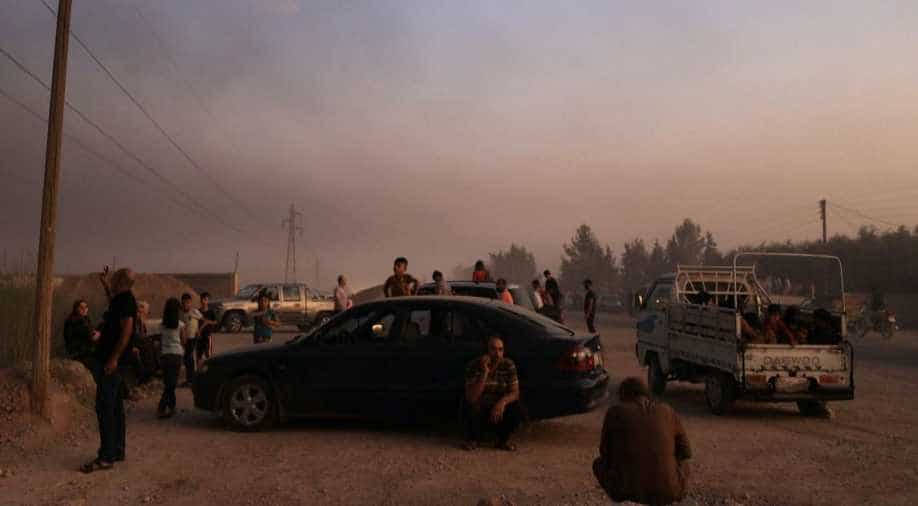 A convoy carrying wounded and fighters from the Kurdish-led Syrian Democratic Forces left the Turkish-besieged Syrian border town of Ras al-Ain on Sunday, an AFP reporter and a war monitor said.

The reporter saw at least 50 vehicles including ambulances leaving the town hospital and flames erupt from the medical facility shortly after their departure.

Dozens of fighters in military attire left on pickups, passing by checkpoints manned by Ankara-allied Syrian fighters, the reporter said.

The Syrian Observatory for Human Rights, a war monitor with sources inside Syria, said the ambulances were transporting wounded civilians and fighters.

Ankara launched a cross-border attack against Syria's Kurds on October 9 after the United States announced a military pullout from the north of the war-torn country.

A US-brokered ceasefire was announced late Thursday, giving Kurdish forces until Tuesday evening to withdraw from a long "safe zone" Ankara wants to create along its southern frontier including Ras al-Ain.

There was no immediate official confirmation of any full SDF withdrawal from the border town, which is surrounded by Turkish troops and their Syrian proxies.

But a Kurdish source said there was "plan to withdraw" from the border town.

Near the hospital, a pro-Turkey commander said he had received information about a full withdrawal of SDF fighters and the wounded.

"It will happen in several waves," he said, adding "a large number" of SDF combattants remained inside the town.