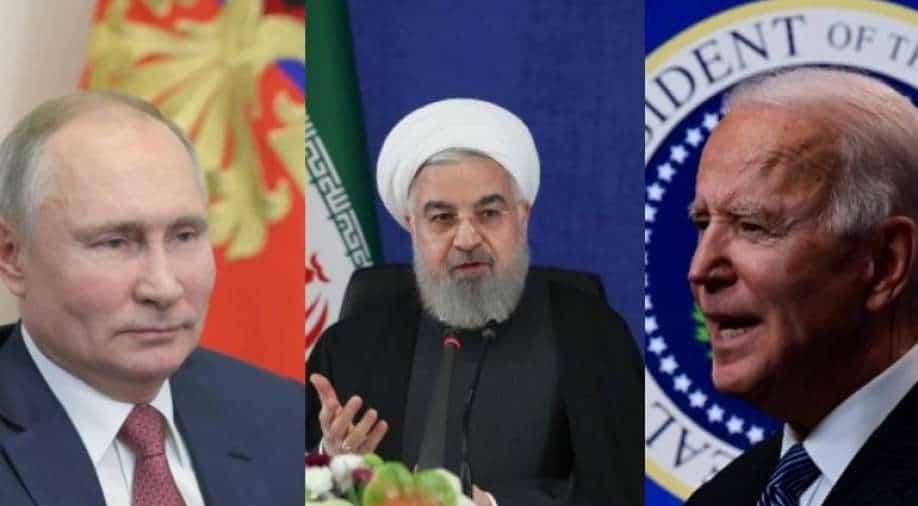 Kremlin spokesman Dmitry Peskov told reporters it was a "good thing" that the Washington was no longer calling for international sanctions on Iran, but said ultimately more work was needed.

Russia on Friday welcomed initial steps taken by the United States to find compromise on the Iran nuclear deal, the historic accord brokered in 2015 that collapsed under US President Donald Trump.

Kremlin spokesman Dmitry Peskov told reporters it was a "good thing" that the Washington was no longer calling for international sanctions on Iran, but said ultimately more work was needed.

"It is the restoration of the JCPOA regime that is important," he said, referring to the Joint Comprehensive Plan of Action as the Iran deal is formally known.

"Sanctions pressure did not help the implementation of the agreement and brought the situation to a dead end," Peskov added.

The deal brokered in 2015 by then president Barack Obama saw Iran drastically scale back its nuclear programme in exchange for promises of economic relief.

Trump withdrew from the accord in 2018 and re-imposed sweeping sanctions on the Islamic state.

Those steps included a retraction of calls for international sanctions on Tehran and the removal of draconian curbs on Iranian diplomats in New York.

"It's a good sign confirming that the United States is ready for the JCPOA to begin functioning normally again," he told state-run news agency RIA Novosti.

The offer for talks came ahead of a Sunday deadline set by Iran for it to restrict some access to nuclear inspectors unless Trump's sanctions are ended.

Biden has insisted he will not remove Trump's sanctions until Iran returns to compliance, but in a letter to the United Nations, the United States said it no longer believed that the world body had "snapped back" sanctions on Iran.

After the offer for talks, Iran on Friday renewed its call for the US to lift all sanctions imposed by the previous US administration.