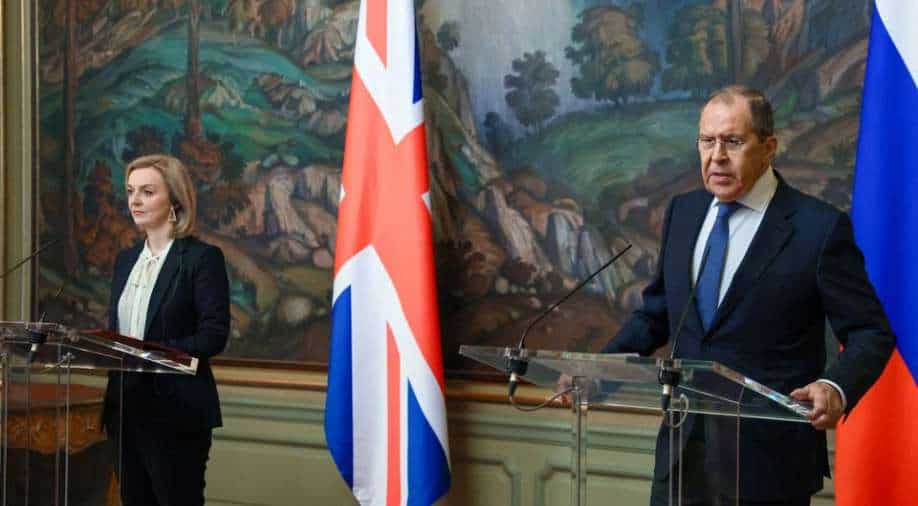 The Kremlin on Friday cited a geographical gaffe by British Foreign Secretary Liz Truss as an example of how poorly informed Western leaders were about the subject matter in the East-West standoff over Ukraine.

Britain dismissed the comments as propaganda and said Truss had simply misheard Russian Foreign Minister Sergei Lavrov during a meeting.

"This is the reality in which we have to defend our position," Kremlin spokesman Dmitry Peskov told a briefing.

Russia's Kommersant newspaper quoted two diplomatic sources as saying that during their closed-door meeting on Thursday Lavrov had asked Truss if she recognised Russian sovereignty over Rostov and Voronezh - two regions in the south of the country where Russia has been building up its forces.

Kommersant said Truss replied that Britain would never recognise them as Russian, and had to be corrected by her ambassador.

Britain does not dispute the sovereignty of the regions in question. A British source said Truss had misheard during the meeting, and rejected Peskov's characterisation of the West's understanding of the conflict.

"It's total rubbish and classic Russian propaganda," the source said.