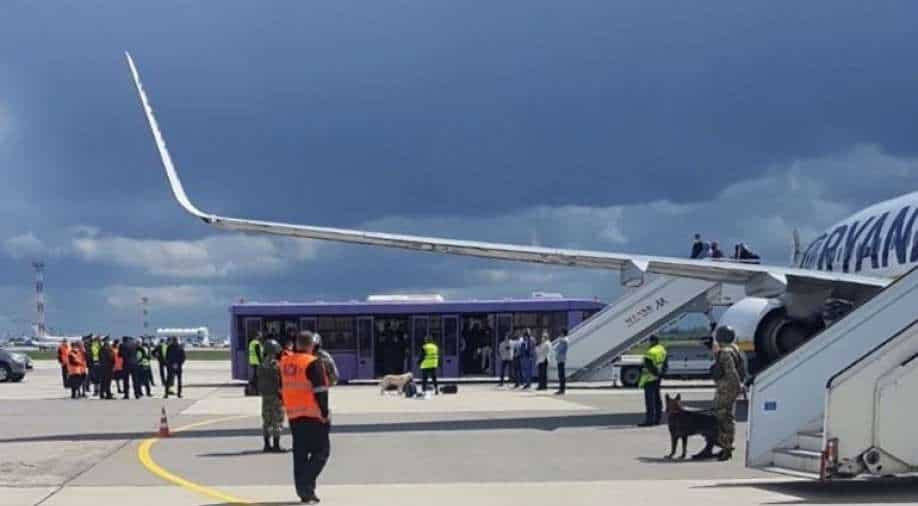 Belarus on Sunday scrambled a warplane to escort a Ryanair passenger jet carrying Protasevich, a journalist critical of Belarusian leader Alexander Lukashenko, in an act denounced by Western powers as "state piracy".

The Kremlin said on Tuesday that any suggestion Russia was somehow involved in the forced landing of a commercial flight in Belarus to detain a dissident journalist was not worth responding to and fuelled by anti-Russian sentiment.

Belarus on Sunday scrambled a warplane to escort a Ryanair passenger jet carrying Protasevich, a journalist critical of Belarusian leader Alexander Lukashenko, in an act denounced by Western powers as "state piracy".

British foreign minister Dominic Raab said on Monday that while the situation was unclear, it was difficult to believe that Russia was not involved, at least by acquiescence, in the jet incident.

Speaking to reporters on a conference call, Kremlin spokesman Dmitry Peskov dismissed the idea of Russian involvement out of hand.

He said anti-Russian sentiment meant that Moscow was accused of anything and everything these days and that its critics had let their hatred of Russia blind their own analysis.

Peskov added that Moscow hoped that Sofia Sapega, a Russian citizen detained along with Belarusian journalist Roman Protasevich after their flight was diverted to Minsk, would soon be released provided she had not broken any laws.

Aside from Protasevich and Sapega, three other passengers left the plane at Minsk on Sunday. Initial assertions, without evidence, from a Belarusian activist that the three passengers had been Russian passport holders turned out to be false.

One Lithuanian official told Reuters that the three passengers who disembarked at Minsk included two Belarusian citizens and one Greek citizen.

Belarusian state TV on Monday broadcast interviews with the trio.