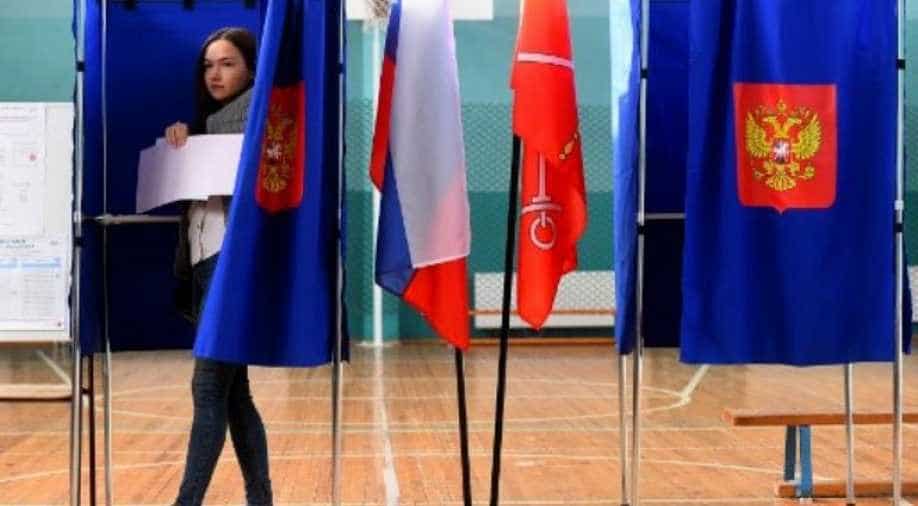 Alexander Beglov, who was previously acting governor and is a close ally of President Vladimir Putin, won 64.57 per cent of the vote with 97 per cent counted, the city's electoral commission said.

A Kremlin-backed candidate has been elected governor of Russia's second-largest city of Saint Petersburg, results showed Monday, but the opposition complained of vote fraud.

Alexander Beglov, who was previously acting governor and is a close ally of President Vladimir Putin, won 64.57 per cent of the vote with 97 per cent counted, the city's electoral commission said.

The acting governor was running against just two little-known candidates, who together won almost a third of the vote.

His main opponent had been Communist Vladimir Bortko, a prominent television and film director, who pulled out at the last moment, complaining that the result was pre-decided.

Thousands had rallied in the city after dozens of opposition candidates were unable to register to stand in the polls.

The opposition complained of electoral fraud during Sunday's vote, publishing interviews with voters who claimed they were paid to back candidates and images of ballot-stuffing.

The number of people listed as having voted also suddenly shot up in some polling stations, they said.

The head of Russia's central electoral commission, Ella Pamfilova, said Monday that Saint Petersburg was among the Russian cities that saw complaints to police over the actions of electoral officials.

A total of 17 observers were removed from polling stations on court orders in the city, she said, adding: "I don't like this situation."

"The authorities have managed to sneak Alexander Beglov in," said Boris Vishnevsky, a popular local politician for the Yabloko liberal party who was not permitted to stand as a candidate.

"It's obvious that these aren't elections but a farce."

Critics have derided Beglov as unqualified and gaffe-prone, ridiculing him for embarrassing jokes and missteps.

Russians on Sunday voted in local elections across the country with Moscow's municipal polls attracting the most controversy and resulting in losses for the ruling United Party.