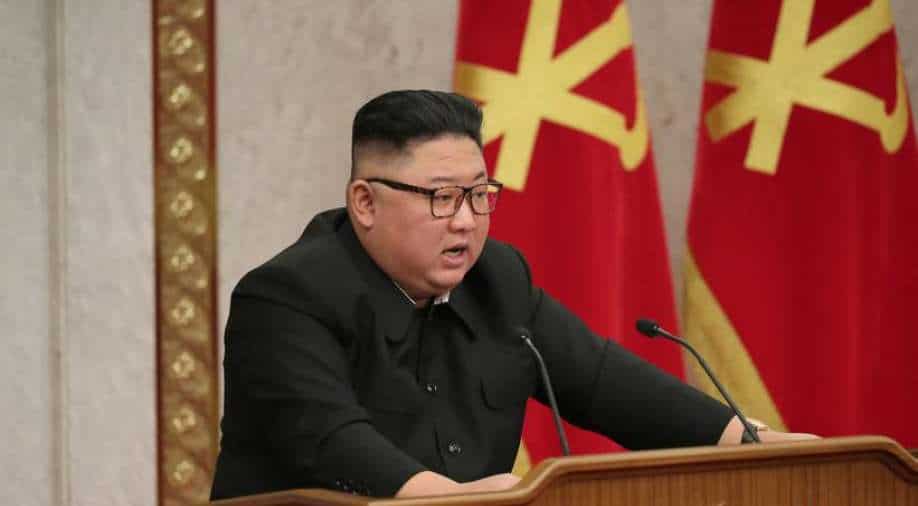 The party's central committee held a plenary meeting for a fourth and last day where it reviewed organisational and ideological issues for its central leadership organ.

Some members of the leadership expressed 'remorse for failing to live up to the expectations', after Kim pointed out 'serious problems' with their lifestyle, KCNA said, without elaborating.

The central committee's powerful politburo also elected Thae Hyong Chol, vice president of the Presidium of the Supreme People's Assembly, as a new member, and U Sang Chol, an official at the party's Central Auditing Commission, as an alternate member, KCNA said.

The party gathering kicked off on Tuesday.

During earlier sessions, Kim called for measures to tackle the 'tense' food situation, blaming the coronavirus pandemic and last year's typhoons, and urged preparation for both dialogue and confrontation with the United States in his first direct comment on US President Joe Biden's administration.