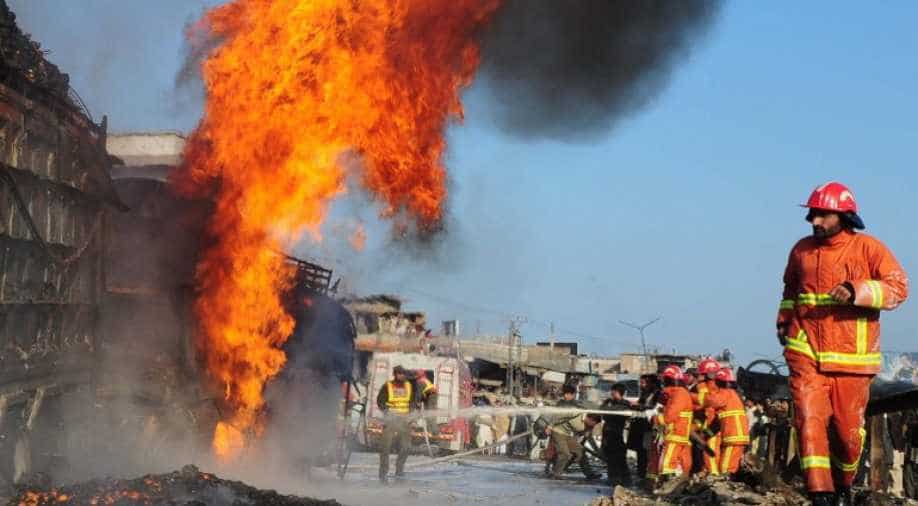 At least 25 people were killed in an oil tanker explosion on one of Kenya's main highways and engulfed several vehicles, a Red Cross official said on Sunday.

"We have so far collected 25 bodies from the scene of the accident after a lorry heading to Uganda lost control and rammed into several vehicles," said Red Cross official Felister Kioko at the scene.

The fire accident took place late on Saturday night north of the central town of Naivasha.

A lorry carrying petrol had caught fire and killed more than 100 people near Molo town in 2009.