Jon Huntsman confirmed as US ambassador to Russia 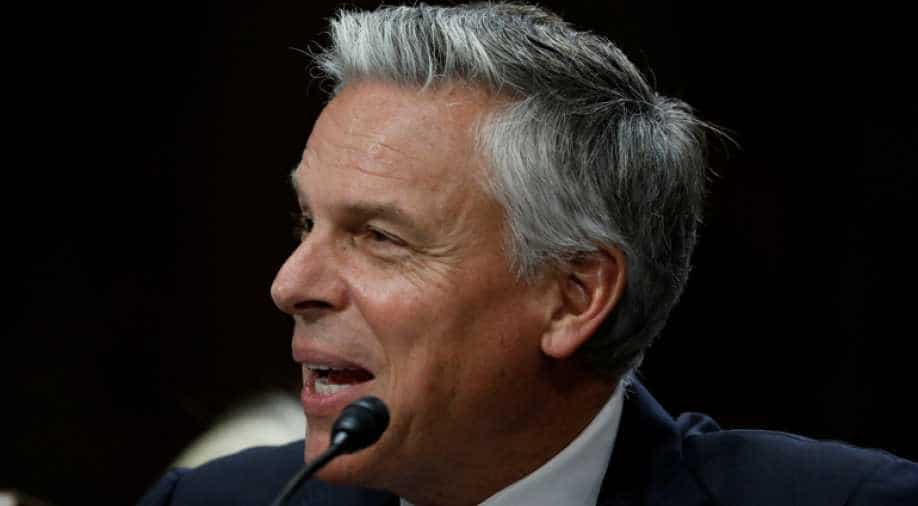 Former Governor Jon Huntsman (R-UT) testifies before a Senate Foreign Relations Committee hearing on his nomination to be ambassador to Russia on Capitol Hill in Washington, US. Photograph:( Reuters )

Jon Huntsman, who served as governor of Utah, has worked in numerous US administrations

The US Senate on Thursday confirmed businessman, a veteran diplomat and former presidential candidate Jon Huntsman as ambassador to Russia, filling a crucial post as a probe of Moscow's influence on the American election widens.

The 57-year-old Huntsman, who served as governor of Utah, has worked in numerous US administrations, notably as ambassador to China under Democrat Barack Obama, before running unsuccessfully for president as a Republican in 2012.

Huntsman, who was confirmed by voice vote, said during his confirmation hearing that there is "no question" Russia interfered in the US presidential race and that Moscow continues to "threaten stability" in Europe.