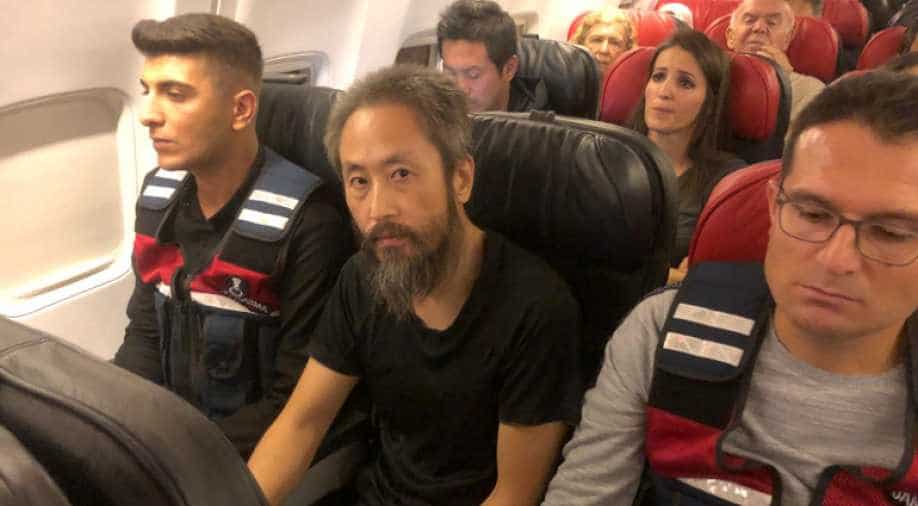 A Japanese journalist held hostage by militants for 40 months left for Japan from Turkey on Wednesday after being freed and said he was happy to be going home.

Jumpei Yasuda, a 44-year-old freelance journalist who was reported to have been captured by an al Qaeda affiliate after entering Syria from Turkey in 2015, was released a day earlier after three years in captivity.

Japanese diplomats in Turkey earlier confirmed that the released man was Yasuda, and Japan's foreign minister said the journalist would be brought home as soon as possible.

Speaking to Reuters on board a flight from Antakya in southern Turkey en route to Istanbul, from where he flew back to Tokyo, Yasuda said he did not know what the future held for him.

"I am happy that I can return to Japan. At the same time, I don't know what will happen from here or what I should do," he said. "I am thinking about what I need to do."

He also said he had not spoken Japanese for 40 months and was struggling to find the right words.

In an earlier video released by Turkish officials, Yasuda gave thanks for his freedom and said he was safe.

"My name is Jumpei Yasuda, Japanese journalist. I have been held in Syria for 40 months, now in Turkey. Now I'm in safe condition. Thank you very much," a bearded Yasuda said.

Prime Minister Shinzo Abe had earlier voiced relief, while still waiting for confirmation of the identity of the freed man.

Both Abe and Foreign Minister Taro Kono thanked Qatar and Turkey for their cooperation in freeing the man. A government spokesman said that no ransom was paid for Yasuda's release.

"He looks to be in good health, but our staff will check his condition and transport him to Japan as soon as possible," Kono told reporters earlier on Wednesday.

Yasudo's three years in captivity were not the first time he had been detained in the Middle East.

He was held in Baghdad in 2004 and drew criticism at home for drawing the government into negotiations for his release.

In Tokyo, Yasuda's parents spoke to reporters outside their house.

Yasuda's mother, Sachiko Yasuda, choked back tears as she clutched a white handkerchief.

"I could do nothing but pray. So I've been praying every day," she said.

His father, Hideaki Yasuda, said all he wanted was to see his son in good condition.

"Above everything else, I want to see him being fine," he said.

"When he's back, I want to tell him one thing, and that'll be 'good job hanging in there'," he said.