Japan wants to raise issue of detained reporters with Myanmar 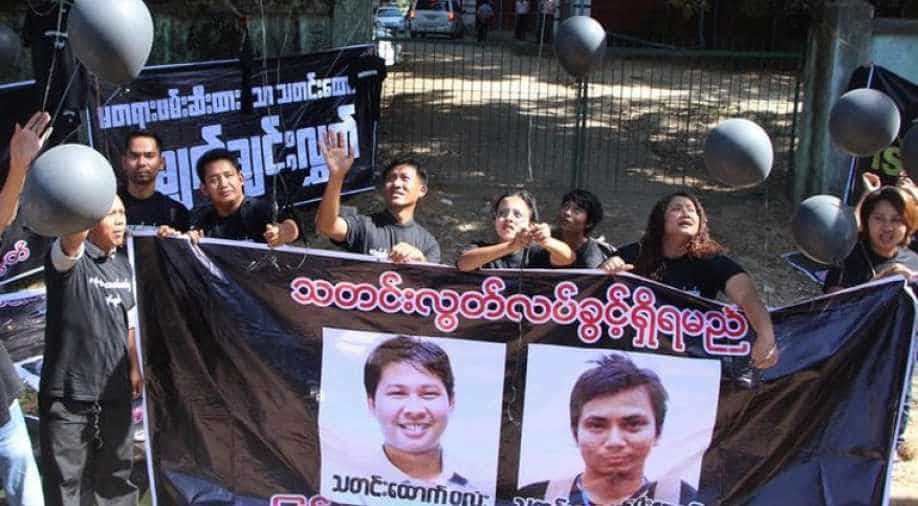 Journalists take part in a protest outside the court where journalists Wa Lone and Kyaw Soe Oo attend a hearing in Yangon, Myanmar. Photograph:( Reuters )

Japan wants to raise the matter of two Reuters reporters detained in Myanmar with the Myanmar government at appropriate opportunities, including a visit by Japanese Foreign Minister Taro Kono to that country this week, Chief Cabinet Secretary Yoshihide Suga said on Wednesday.

Myanmar prosecutors sought charges on Wednesday against the two reporters under the Official Secrets Act, which carries a maximum prison sentence of 14 years, the reporters' lawyer said.

"The Japanese government has conveyed its concern about this matter to the government of Myanmar and going forward, wants to discuss and make appeals at appropriate opportunities, including Foreign Minister Kono`s visit to Myanmar," Suga said in response to a question about the issue.

He said it was important to guarantee freedom of expression and basic human rights in any country.