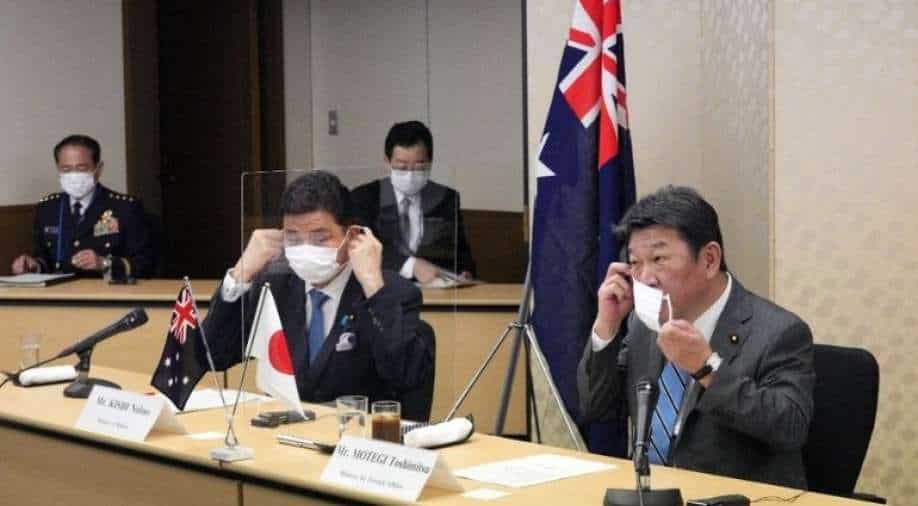 Motegi made the comment at the start of a meeting, via video conferencing, between foreign and defence ministers from Japan and Australia.

Meanwhile, Japan and Australia said on Wednesday they had 'serious concerns' about reported human rights abuses against Uyghur and other Muslim minorities in China's Xinjiang region.

In a joint statement, they also expressed concern about recent moves that they said weakened Hong Kong's democratic institutions, and grave concerns about the ongoing crisis in Myanmar.

The meeting, between the foreign and defence ministers of both nations, took place via video conferencing.