Jakarta bans all Indonesian-flagged vessels from sailing to Philippines 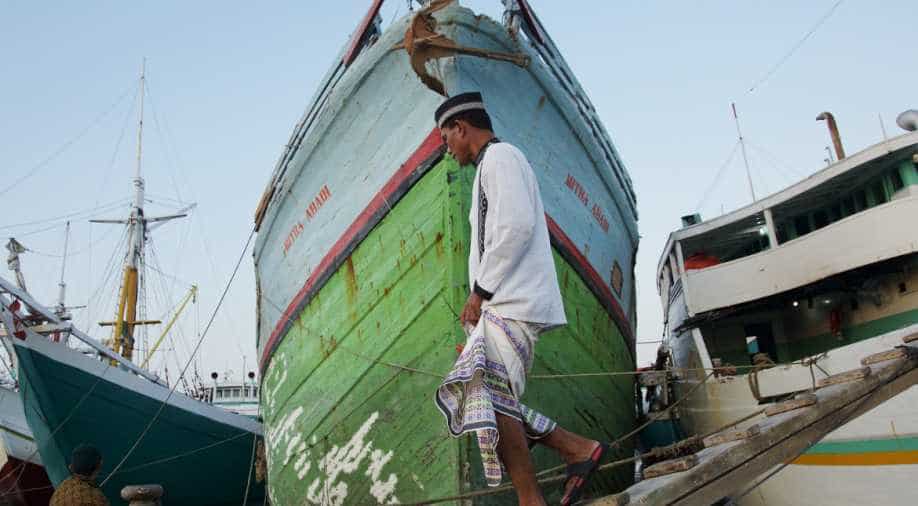 To prevent any commercial vessels from breaching the ban, Indonesia will ramp up marine patrols in its waters bordering the southern Philippines. Photograph:( Getty )

Follow Us
Jakarta banned today any Indonesian-flagged vessels from sailing to the Philippines, the transport ministry said, after yet another violent kidnapping in the strife-torn waters between the two nations.

The ruling was issued after the government confirmed seven Indonesian sailors were kidnapped at gunpoint earlier this week, and were being held hostage by an unknown group.

It's the third time this year Indonesian sailors have been abducted in the Sulu sea, a vital waterway that's seen a spike in seaborne crime like armed robberies and kidnappings.

In response to the latest incident, the transport ministry issued a notice informing all harbour masters they were "strictly prohibited from issuing permits to all Indonesian-flagged vessels bound for the Philippines, without exception".

"This hijacking issue is a serious matter and cannot be tolerated anymore," the ministry's water transport director general A Tonny Budiono said in a statement.

To prevent any commercial vessels from breaching the ban, Indonesia will also ramp up marine patrols in its waters bordering the southern Philippines, Budiono added.

It's not yet clear how significantly trade will be affected by the ban, but it could severely disrupt the flow of goods from Southeast Asia's largest economy -- including natural resources like coal -- to the Philippines.

The Sulu and Celebes seas form a key waterway between Indonesia, the Philippines and Malaysia, and are used for the passage of 55 million metric tonnes of goods and over 18 million people per year.

Last month, the three countries agreed to launch a coordinated patrol of the waters after the recent surge of kidnappings.

The Indonesian sailors abducted this week were towing a coal barge through the Sulu sea when their tugboat was attacked by gunmen.

"The government will do everything possible to free these hostages," foreign minister Retno Marsudi told reporters.

Sulu, a southern archipelago, is a known hideout of Abu Sayyaf Islamic militants who have earned millions of dollars from kidnappings in recent years.

A spokesman for the foreign ministry said he could not confirm whether a ransom demand had been made, or if Abu Sayyaf was responsible for the abductions.

Earlier this year the group kidnapped 14 Indonesian sailors, holding them in their stronghold in the southern Philippines. They were later freed but there was no information on whether a ransom was paid.