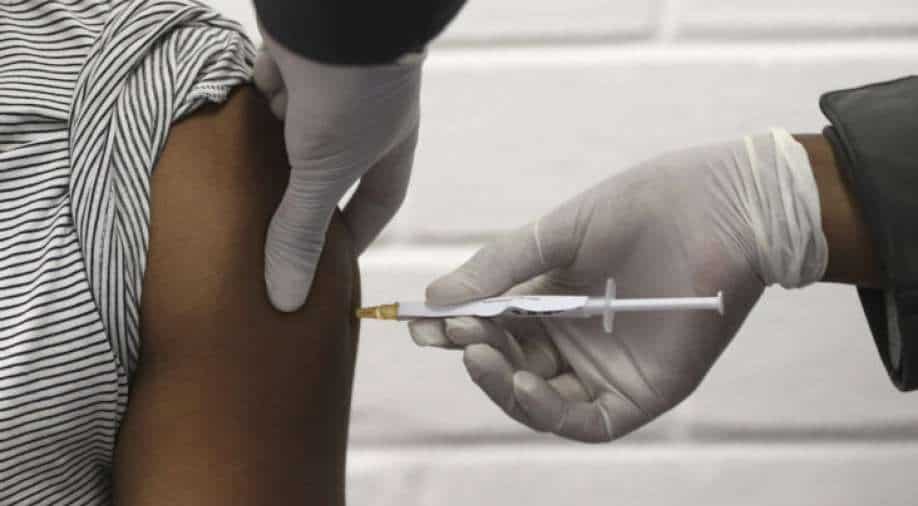 South Africa`s vaccination campaign has suffered a series of setbacks, delaying the point at which it can start protecting its elderly against the coronavirus

Hope and excitement gripped the Munsieville care home in the South African mining city of Krugersdorp on Monday, when people over the age of 60 were called to receive the COVID-19 vaccine for the first time.

"It`s going to change our country for the better," Caroline Nicholls, 64, a judge, told Reuters while waiting to get her first dose of the Pfizer vaccine.

"I am very excited to finally be here today," said Ellen Segope, 65, a pensioner who lives nearby. In Cape Town, celebrated anti-apartheid activist and cleric Desmond Tutu was among those vaccinated.

South Africa`s vaccination campaign has suffered a series of setbacks, delaying the point at which it can start protecting its elderly against the coronavirus.

In February, it ditched plans to use AstraZeneca`s vaccine because of data showing it had greatly reduced efficacy against the dominant local variant, and it temporarily paused use of Johnson & Johnson`s (J&J) vaccine in a research study vaccinating health workers because of concerns over very rare cases of blood clots.

But it recently signed large bilateral supply deals with Pfizer and J&J for a combined 61 million doses and had received the first 1 million Pfizer shots by Monday.

"We do know that our people have been waiting for long for these vaccines, ... but we are pleading for patience," Health Minister Zweli Mkhize told a news conference.

"We would have loved to have had the vaccines as early as January or December last year. It was not possible, but now it is here. Let`s make use of it," he added.

Wealthier countries like the United States and Britain started their vaccination campaigns in December.

South Africa kicked off immunisations in mid-February, but the rollout of the J&J vaccine has been slow because it is being administered in a research study using limited stock to further evaluate its efficacy in the field.

As of Sunday, roughly 480,000 health workers had been given J&J`s vaccine in the so-called Sisonke study.

Mkhize said the country worst affected by COVID-19 on the African continent in terms of recorded deaths was aiming to vaccinate more than 16 million people in the second phase of its vaccination campaign, which started on Monday.

Along with the over-60s, the government plans to vaccinate those with co-morbidities and workers deemed essential for economic activity in that second phase, which is expected to last until mid-October.