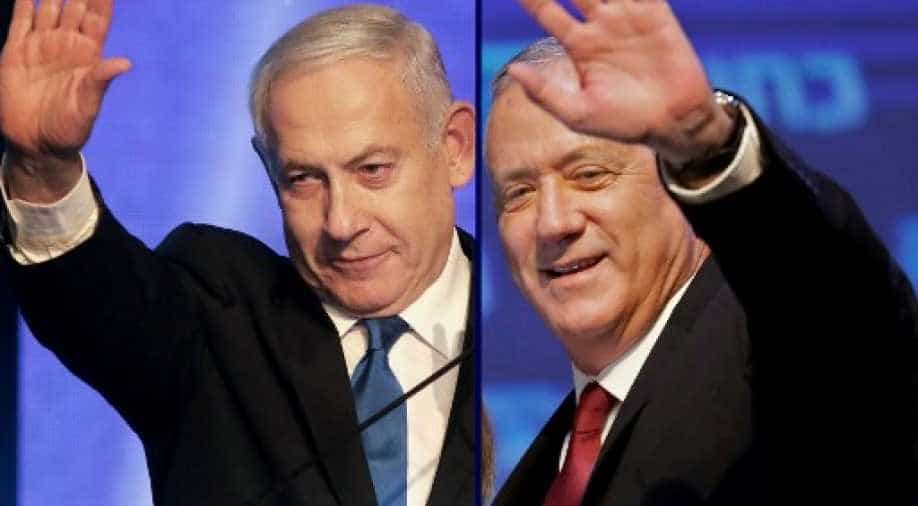 Lieberman, a right-wing nationalist leader said that both Netanyahu and Gantz have not done enough to convince him ahead of a midnight deadline for Gantz to form a government.

Israeli kingmaker Avigdor Lieberman refused to support Benjamin Netanyahu or rival Benny Gantz for prime minister, pushing the Jewish country closer to the third round of elections in a year.

Lieberman, a right-wing nationalist leader said that both Netanyahu and Gantz have not done enough to convince him ahead of a midnight deadline for Gantz to form a government.

"Both are responsible," he said. "As things stand, we are on our way to new elections."

Lieberman's Yisrael Beitenu party has won enough seats in the Israel elections to put either of Netanyahu or Gantz into power.

Earlier, both Netanyahu and Gantz failed to gain a clear majority yet again in the September elections. Israel's President Reuven Rivlin gave 28 days to Gantz to form the government after Netanyahu failed to garner support from other parties in a similar deadline.

Netanyahu and Gantz tried holding talks to form a government together with the support of Lieberman's party. However, talks failed when both leaders accused each other of non-cooperation through tweets on Wednesday.

"Unfortunately, during our meeting last night, Benny Gantz refused to accept the conditions put by Avigdor Lieberman, that is, to accept the President's solution that, as Prime Minister, I will be the first in rotation," Netanyahu said.

Gantz accused Netanyahu of rejecting unity and doing "everything possible" for another round of elections.

"Benjamin Netanyahu is rejecting unity and will do everything possible to drag us into elections for the third time," Gantz tweeted.

Once Gantz's deadline to form a government is over, Israeli lawmakers will get 21 days to propose a candidate who has to establish majority to the president. Once this deadline of 21 days comes to end, the road for another round of elections in Israel will become clear.