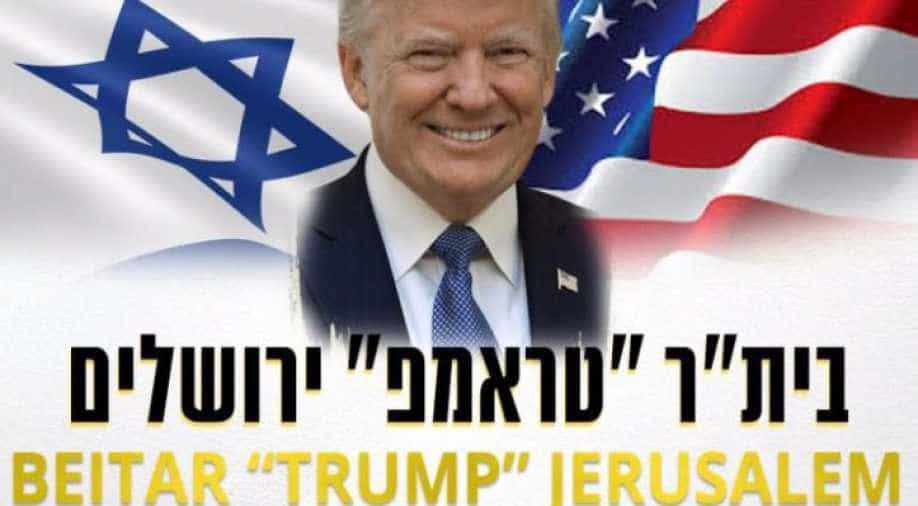 The official statement was shared on Facebook yesterday and read that the club wanted to honour US President Donald Trump for his decision to move US Embassy to Israel from Tel Aviv to Jerusalem.

The club described Trump's move as courageous and thanked him for recognising Jerusalem internationally.

A number of parks, streets among other public sites have been named after Trump ever since the US President recognised Jerusalem as Israel's capital and decided to move the US Embassy from Tel Aviv.