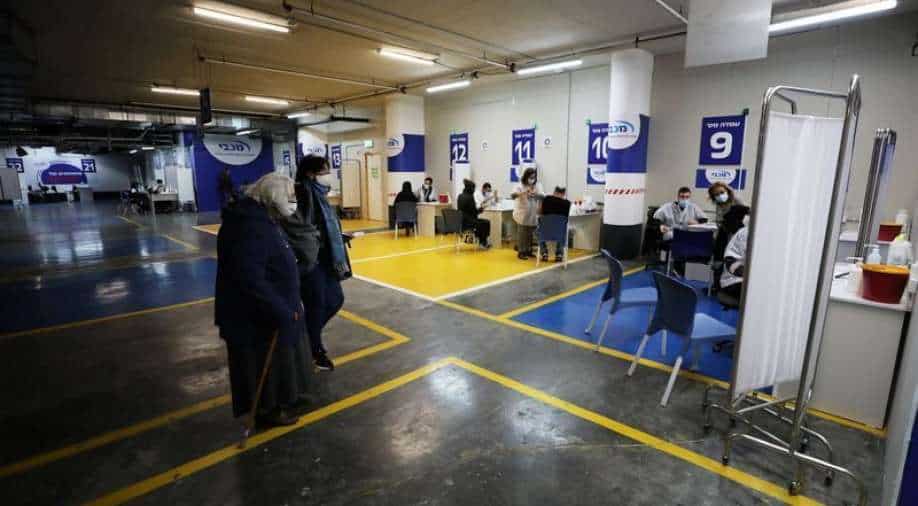 Israel, which has the world`s fastest vaccine distribution rate, is hoping to begin reopening its economy next month.

Israel expanded its COVID-19 vaccination drive on Sunday to include 16- to 18-year-olds in what the government described as an effort to enable their attendance at school exams.

Israel, which has the world`s fastest vaccine distribution rate, is hoping to begin reopening its economy next month.

With regular imports of Pfizer Inc. vaccines, Israel has administered at least one dose to more than 25% of its 9 million population since Dec. 19, the Health Ministry says.

The vaccines were initially limited to the elderly and other high-risk categories, but are now available to anyone over 40 or - with parental permission - those between 16 and 18.

The inclusion of late-teens is meant "to enable their return (to school) and the orderly holding of exams," the Education Ministry spokeswoman said.

Israel awards a matriculation certificate to high school students in grades 10-12 who pass exams, administered by the Education Ministry, that play a major role in acceptance to universities. They can also affect placement in the military, where many Israelis do compulsory service after high school.

The country has been under a third national lockdown since Dec. 27, which it plans to lift at the end of January.

Education Minister Yoav Galant said it was too early to know if schools would reopen next month. Among factors deciding this was how much Israel, which is struggling against a surge of infections, was affected by the contagious variant of the virus first detected in Britain, he told Ynet TV.

Hezi Levy, director-general of Israel`s Health Ministry, was asked in an Army Radio interview whether vaccinating teens might pose unforeseen risks - perhaps to their own yet-unborn children.

"I don`t know," Levy said. "This vaccine is no different to vaccines against other viral diseases ... and was successfully tested for side effects." He added that he had no doubt that - weighing the relative risks from the coronavirus - it was preferable to get the vaccine.

Explainer: Why is second jab of coronavirus vaccine more painful