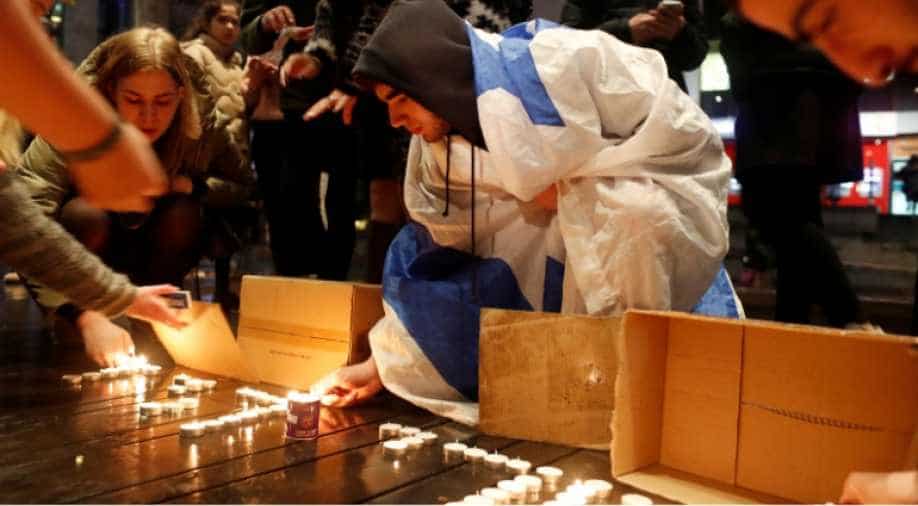 A man covered in an Israeli flag lights a candle at a memorial for the Israeli woman found dead. Photograph:( Reuters )

The 19-year-old Israeli woman was found dead two days ago in a forest on the outskirts of Jerusalem.

Israeli security forces arrested a Palestinian man on Saturday suspected of killing an Israeli woman found dead two days ago in a forest on the outskirts of Jerusalem, police said.

The Israeli Shin Bet internal security service and police said in a statement that the 29-year-old Palestinian suspect was seized over the killing of the 19-year-old woman during a raid in the Palestinian city of Ramallah in the occupied West Bank.

Shin Bet said the suspect left his home in the Palestinian city of Hebron carrying a knife, saw the victim in the forest and killed her. It was still investigating the motive.

Israel's Public Security Minister Gilad Erdan said he viewed it as a terrorist attack. "We're talking about a wide phenomenon of terrorism we're dealing with here," he told Reshet TV.

Peace talks between Israel and the Palestinians broke down in 2014 and a bid by US President Donald Trump to restart negotiations has so far shown little progress.