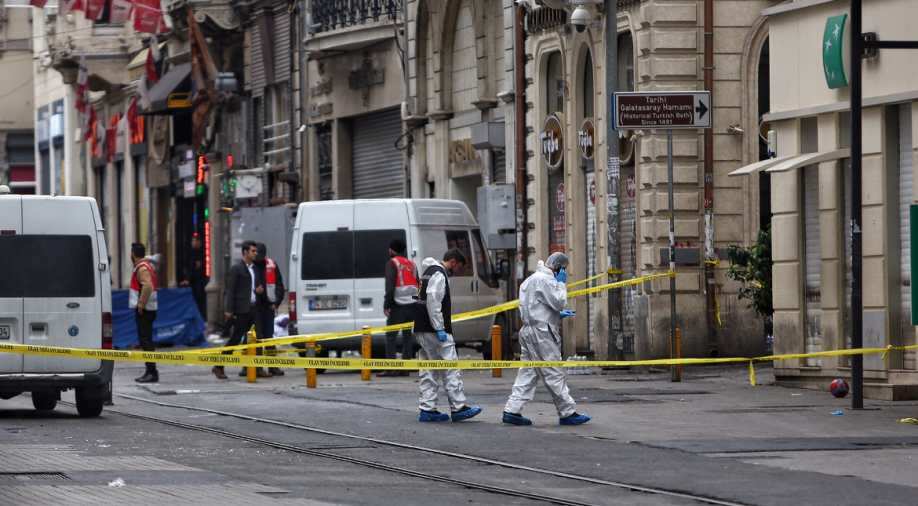 One of the attackers was heard shouting: "We will kill you, you bastards!" Photograph:( Getty )

A group of about 20 men accosted and beat up customers and employees at the Velvet IndieGround music store in the city's hip Tophane district last night for drinking alcohol while listening to music during the Muslim holy month.

They trashed the store, hurled insults and broke up the release party of the album "A Moon Shaped Pool".

At least two people were injured, witnesses told Turkey's Dogan news agency. Police have started an investigation into the violence.

Images filmed during the altercation and widely circulating on social media show the attackers hurling barstools and wrecking the store.
One person was seen bleeding with head injuries after being hit with a bottle.

One of the attackers is seen shouting: "We will kill you, you bastards!"

Radiohead said in a message: "Our hearts go out to those attacked."

Rayka Simoni, who was outside the store, told Dogan that the Radiohead fans were "quitely listening to music while sipping beer" when they were attacked.

"We hope that someday we will be able to look back on such acts of violent intolerance as things of the ancient past. For now, we can only offer our fans in Istanbul our love and support."

Similar attacks have targeted art galleries in the area in the past. Critics claim Turkey's current Islamic-rooted government is undermining the country's secular tradition.
(AFP)