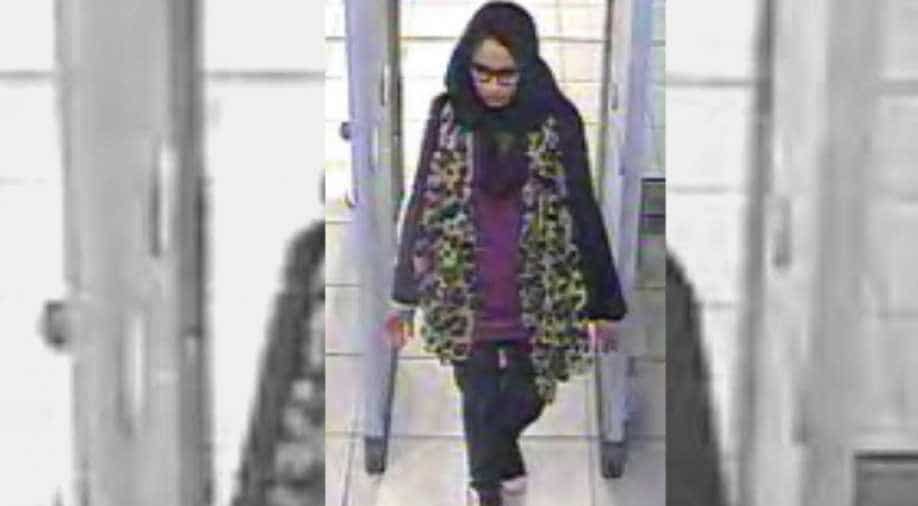 The girls' decision to join the IS group created initial resentment and disbelief in a country that has been a frequent target of bloody strikes linked to jihadists.

Shamima Begum's fate has prompted soul searching in Britain since she and two friends created international headlines by running away to join the terror network in 2015.

Home Secretary Sajid Javid told The Times newspaper that people like Begum "were full of hate for our country".

"My message is clear -- if you have supported terrorist organisations abroad I will not hesitate to prevent your return," he said.

However, Alex Younger, the head of Britain's foreign intelligence agency, MI6, said that being a British national she had the right to return but could expect possible prosecution if she did so.

Quoted by British media at the Munich Security Conference, Younger said he was "very concerned" about returning British nationals who had fought for or supported IS.

"All experience tells us that once someone's put themselves in that sort of position they are likely to have acquired both the skills and connections that make them potentially very dangerous," he added.

Younger also warned that IS was "a resilient organisation" even though it had lost the territory it controlled in Iraq and Syria.

"It is reorganising, returning to its natural state as an asymmetric transnational terrorist organisation. We see it morphing, spreading out," he was quoted as saying.

The girls' decision to join the IS group created initial resentment and disbelief in a country that has been a frequent target of bloody strikes linked to jihadists.

Their fate was uncertain until The Times newspaper managed to find an unrepentant Begum -- now 19 and about to give birth for the third time after seeing her first two children die -- at a refugee camp in eastern Syria.

"I just could not endure any more," she told the paper.

"I fled the caliphate. Now all I want to do is come home to Britain."

"Like it or not, these individuals were products of our society, and it would make sense to take a good, hard look at why they turned their backs on it in such dramatic fashion," Barrett wrote.

But right-leaning newspapers called on the authorities to keep Begum out.

"No regret. No remorse. No entry," The Sun tabloid declared on its front page.

The government does not have the power to ban Begum because she still has a British passport and has not been convicted of a crime.

But authorities could prosecute her or issue a special security notice that would see her detained on arrival at a UK airport.

Mohammed Rahman, whose brother is married to Begum's sister, and other relatives of the surviving teens pleaded for mercy.

"I can understand why people in this country are angry and don't want her back," Rahman told The Times.

"But she was only 15 when she went to Syria. We are appealing for compassion and understanding on her behalf."

Sultana has since been reported killed. Begum said Abase stayed in a village where IS fighters are making a final stand against US-backed fighters.

Abase's father Hussen asked for forgiveness for the teens.

"They should be allowed to learn from their mistakes," he told The Daily Telegraph.

"They are no threat to us."

The Telegraph reported from eastern Syria that seven British women and 15 of their children are believed to have fled Baghouz -- the village where IS fighters are located -- for two refugee camps.

The paper spoke to two British women at the camps who wanted to return.

A mother-of-four from London named Nassima Begum -- no relation to Shamima Begum -- said she "had no choice but to follow" her husband's decision to leave.

"Some of the women here believe in (IS). I can promise you I am not one of them," she said.

But another Londoner named Reema Iqbal was more reserved.

"The security services came to speak to me and I was honest, I told them my whole story so now it's up to them to judge," Iqbal said.