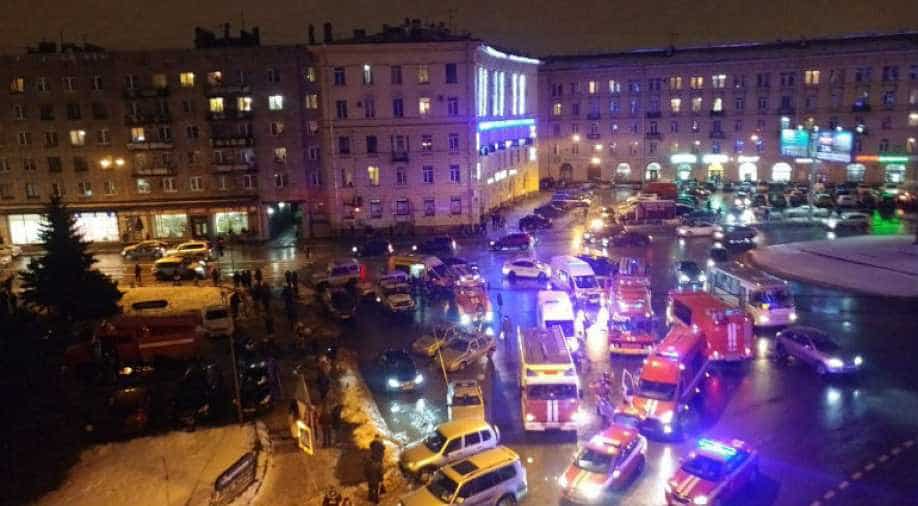 The attack that targeted a shopping centre in Saint Petersburg was carried out by an Islamic State-linked group. Photograph:( Twitter )

The Islamic State group claimed responsibility on Friday for the bomb attack days earlier that tore through a Saint Petersburg supermarket and wounded 14 people.

"The attack that targeted a shopping centre in Saint Petersburg the day before yesterday (Wednesday) was carried out by an Islamic State-linked group," IS said in a statement via its propaganda agency Amaq.

On Wednesday evening, a homemade bomb placed in a locker at the supermarket in northwestern Saint Petersburg, Russia's second city and President Vladimir Putin's home town, went off sowing panic among customers and wounding 14 people including a pregnant woman.

Putin's 2015 decision to intervene in Syria militarily on the side of Bashar al-Assad has made Russia a priority target for the Islamic State group.

Officials said a total of 14 people had been wounded in the blast.

The bombing came after the FSB security service said earlier this month it had prevented a terror attack on a key Orthodox cathedral in Saint Petersburg with the help of America's CIA, which led Putin to thank US President Donald Trump.

FSB chief Alexander Bortnikov has said Russia remains on alert for a possible return of jihadists from Syria ahead of the World Cup and the March presidential polls.

Earlier this month Bortnikov said that at least 4,500 Russians had left the country to fight with "terrorists" in the Middle East, North Africa and other regions.

Over the past 20 years Russia fought two wars with separatists in Chechnya, leading Islamist militants from the North Caucasus to frequently target Russians through suicide bombings and other attacks.