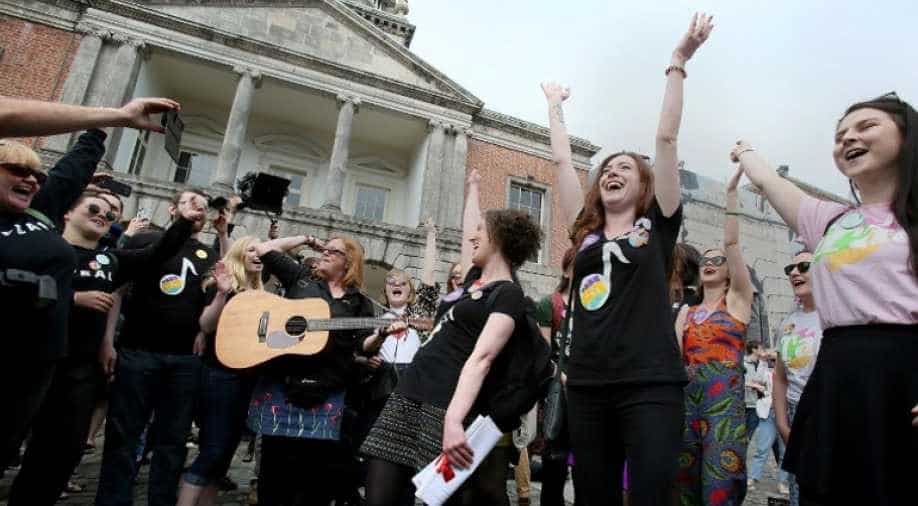 Yes campaigners jubilate as they wait for the official result of the Irish abortion referendum, at Dublin Castle in Dublin on May 26 Photograph:( AFP )

Ireland voted by an overwhelming majority to overturn a constitutional ban on abortion in a historic referendum in this traditionally Catholic country, final results showed on Saturday.

The pro-choice campaign won Friday's referendum with 66 per cent of the 2.1 million votes cast, the returning officer said at the central counting centre in Dublin Castle.

Prime Minister Leo Varadkar said he planned for a new law to allow abortions to be in place by the end of the year and Health Minister Simon Harris told AFP that the cabinet would meet on Tuesday to approve the drafting of legislation.

The ban has led to thousands of women travelling each year to neighbouring Britain, where terminations are legal, or increasingly turning to abortion pills sold online.