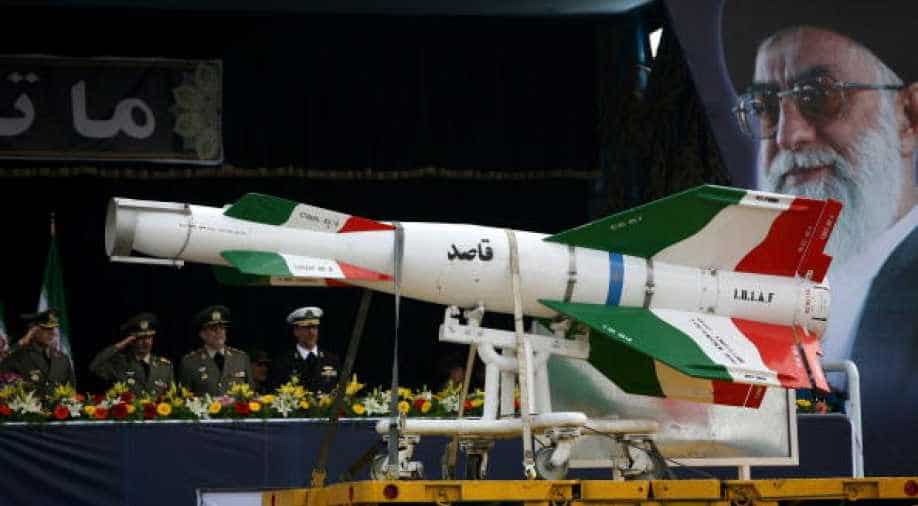 What started the problem?

On Sunday (January 29), a White House official, requesting anonymity, said Iran had conducted a ballistic missile test from a site east of Tehran.

But a United States defence official told CNN that the test failed and posed no immediate threat to the US or countries in the Middle East. The missile exploded after 630 miles (1,010 kms), the official said.

Iran's alleged violation of the nuclear deal signed by it and six world powers in 2015 has raised concerns around the world, especially in the Middle East and the US.

That resolution ratified the July 2015 nuclear accord which aimed to scale down Tehran's nuclear activity.

The United States, in particular, has come down hard on Tehran. The US ambassador to the United Nations, Nikki Haley, said Iran's action is "absolutely unacceptable".

"The United States is not naive. We are not going to stand by. You will see us call them out as we said we would and you are also going to see us act accordingly," Haley said.

French foreign minister Jean-Marc Ayrault said Iran had breached the nuclear accord that was so painfully drawn up and agreed to by Tehran and the six world powers -- United States, Russia, China, Britain, Germany and France.

But he added that they were still in favour of the continuation of the nuclear deal and wants Tehran to avoid activities "that could put the accord in jeopardy".

"This deal has to be rigorously kept to," Ayrault said.

Israel's Prime Minister Benjamin Netanyahu said the missile test was a "flagrant violation" of the UN resolution. He also said he would raise the matter with the US later this month to impose stricter sanctions on Tehran. On his Facebook page, the Israeli premier said: "Iranian aggression must not go unanswered."

Russia, however, has backed Iran, saying the missile test rumours were being circulated to "heat up the situation".

What does Iran say?

Tehran has neither confirmed nor denied the missile test. But they have denied contravention of the nuclear accord.

Earlier, the country's foreign minister, Javad Zarif, said the missile was not a part of the nuclear accord and insisted that Iran "will never use missiles produced in Iran to attack any other country".

"No Iranian missiles have been produced to carry nuclear warheads," said Zarif, speaking at a joint news conference held with Ayrault in Tehran on Wednesday (February 1).

Zarif said the country's missiles are "not designed for the capability of carrying a nuclear warhead". Instead, they were testing the missiles as part of a self-defence exercise.

Later in the day,  Iran's defense minister said confirmed the Islamic Republic had tested a new missile, but added the test did not breach Tehran's nuclear accord.

"The recent test was in line with our plans and we will not allow foreigners to interfere in our defense affairs," Defence Minister Hossein Dehghan said, according to Tasnim news agency.

"The test did not violate the nuclear deal or the (UN) resolution 2231," he said.

So where does it all lead to?

Israel has been vocal about the alleged violation, mainly because it wants the US to renew sanctions on Iran. Other countries in the Middle East and Israel were up in arms when the previous US administration, under Barack Obama, had decided to lift the crippling sanctions that had been in place on the Shia-dominated country.

Israel's criticism, in particular, seems to be a subtle way of pushing the Donald Trump administration to act tough on Iran. The matter is expected to come up when the leaders of the two countries meet in a fortnight's time.

Trump's action against Iran will be his first litmus test, more so because the United States president has previously demonstrated his hawkish stance against Tehran.

During the poll campaign, Trump had said he would blow up Iranian vessels "out of the water" if they threatened US ships. But the problem is that Trump has long stated downscaling of US presence in the Middle East. What remains to be seen is whether Trump will reimpose strict sanctions on Tehran or get into a diplomatic loggerheads with them.