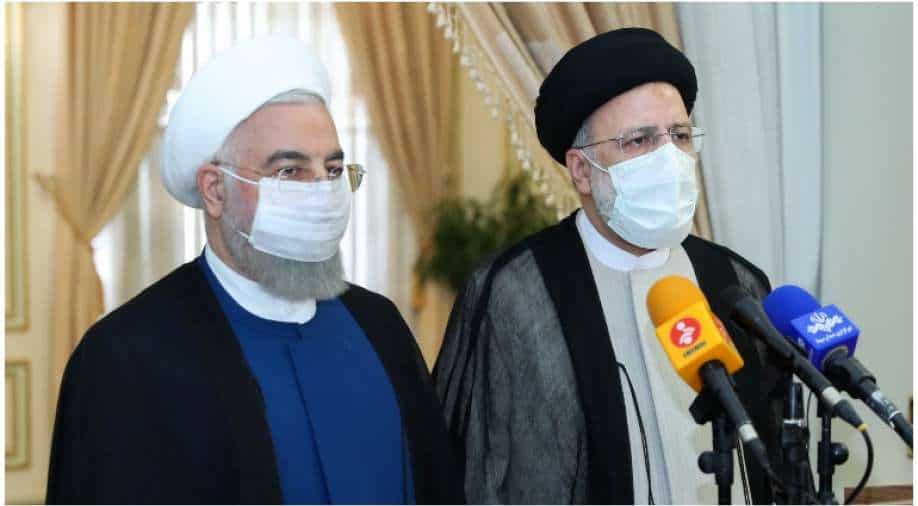 Hardline cleric Ebrahim Raisi would be the new President of Iran

On Saturday, it was clear that hardline cleric Ebrahim Raisi would be the new President of Iran. His victory was widely anticipated. Raisi bagged almost 62 per cent of votes in Iran's presidential elections as per the official figures. Voter turnout was 48.8 per cent, a record low for a presidential poll in the Islamic republic.

"I congratulate the people on their choice," said outgoing moderate President Hassan Rouhani, who has served the maximum of two consecutive four-year terms and leaves office in August.

There were mixed reaction from across the world.

"Relations between our countries are traditionally friendly and good-neighborly. I hope that your activities in this high post will contribute to the further development of constructive bilateral cooperation in various directions, as well as to the partnership in international affairs. This fully meets the interests of the Russian and Iranian peoples, goes in line with the strengthening of regional security and stability," Putin said in a message to Raisi, according to the Kremlin.

"After the Supreme Leader effectively dictated to the Iranian public who they could choose, less than 50% of Iranian citizens eligible to vote have elected its most extremist president to date. The butcher of Tehran, Ebrahim Raisi, has been rightly denounced by the international community for his direct role in the extrajudicial executions of over 30,000 people.

Assad wished Raisi success "for the good and interest of the steadfast Iranian people in the face of all schemes and pressures that aim to break their will and undermine their independent decision," according to a Syrian presidency statement.

"Stating my belief that cooperation between our two countries will strengthen during your presidency, I am ready to work together with you," Erdogan said in a letter sent to Raisi.

"We wish for the Islamic Republic, and for our bilateral relations, stability, continuity and prosperity," he said in a statement tweeted by Dubai's media office.

Sent a message of congratulations, according to state news agency WAM.

Sent a message to Raisi "wishing him success as well as further development and growth of the relations between the two countries," state news agency QNA said.

Messaged Raisi, "wishing him further success and wellness, as well as the friendly Islamic Republic to further progress and prosper," according to KUNA state news agency.

"I extend my sincere congratulations and blessings on the occasion of your election as President of the Islamic Republic of Iran ... We in Iraq look forward to strengthening our solid relations with our neighbour Iran and its people."

"Iranian authorities paved the way for Ebrahim Raisi to become president through repression and an unfair election. As head of Iran's repressive judiciary, Raisi oversaw some of the most heinous crimes in Iran’s recent history, which deserve investigation and accountability rather than election to high office."

"That Ebrahim Raisi has risen to the presidency instead of being investigated for the crimes against humanity of murder, enforced disappearance and torture, is a grim reminder that impunity reigns supreme in Iran. We continue to call for Ebrahim Raisi to be investigated for his involvement in past and ongoing crimes under international law, including by states that exercise universal jurisdiction."

MARYAM RAJAVI, PRESIDENT-ELECT OF THE PARIS-BASED NATIONAL COUNCIL OF RESISTANCE OF IRAN

"Ebrahim Raisi, the henchman of the 1988 massacre and murderer of the Mujahedin-e Khalq (PMOI/MEK), is Khamenei’s final bid to preserve his regime. Weak, crisis-riddled, and rattled by looming uprisings, Khamenei purged all rivals to install Raisi as president, one of the vilest criminals against humanity since World War II."

Sent a message of congratulations to Raisi on his victory, al-Masirah TV reported.

"We congratulate the Islamic Republic of Iran for the success of the democratic process, the holding of the presidential election and the victory of Ebrahim Raisi as Iran’s President. We wish the Islamic Republic of Iran progress and prosperity. Iran has always been a fundamental and a real supporter of the Palestinian cause and the Palestinian resistance."