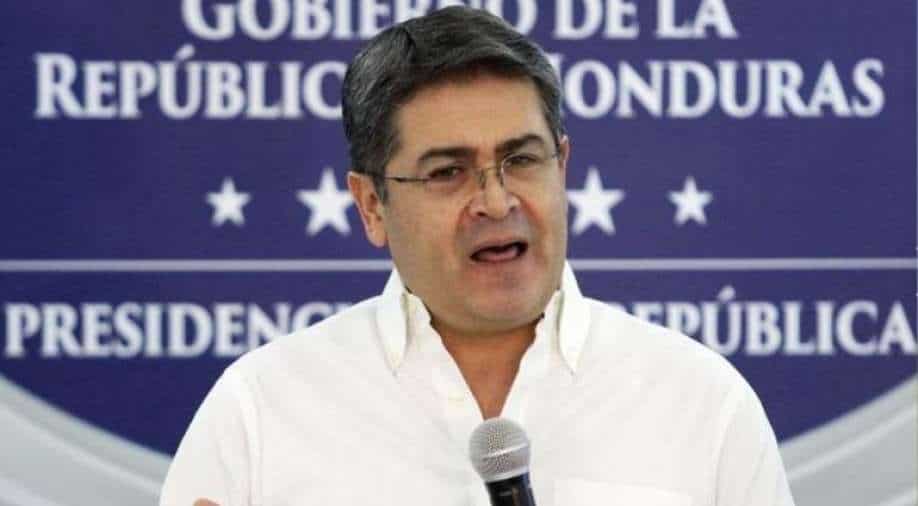 Hernandez, frustrated that rich countries have 'hoarded' global vaccine supplies, said poorer countries desperately need vaccines and his government was willing to do whatever was necessary to help its people during a global pandemic

Honduran President Juan Orlando Hernandez said on Tuesday that the Central American nation, a long-standing diplomatic ally of Taiwan, could open a trade office in China in a bid to acquire coronavirus vaccines.

Honduras does not have formal relations with China and is one of a group of Latin American nations with strong diplomatic ties to Taiwan, which Beijing considers part of its territory.

Hernandez, frustrated rich countries have 'hoarded' global vaccine supplies, said poorer countries desperately need vaccines and his government was willing to do whatever was necessary to help its people during a global pandemic.

If necessary, his government would open a trade office in China "because it is in the best interest of the Honduran people," he said in a televised speech.

In order to buy Chinese vaccines, Hernandez said he would do as the Chinese had suggested and look for a 'diplomatic bridge’.

He suggested Mexico, Chile, Argentina or El Salvador could help his nation acquire Chinese vaccines, and had also asked Taiwan to press the United States to help.

"As we have a relationship with Taiwan, we have asked Taiwan to help us talk with people in Washington because we have been very close allies with the United States. And they have a huge number of vaccines that are going to expire," Hernandez said.

A host of Latin American nations are receiving Chinese vaccines, although several countries that have built ties with Taipei rather than Beijing, such as Honduras and Guatemala, are not in line to receive them.

Both China and Russia, as well as the United States, have sought to deepen ties through providing vaccines in Latin America, part of 'vaccine diplomacy' efforts to further their countries` geopolitical clout in the region.

Beijing has been gradually whittling away at Taiwan's diplomatic allies, now down to just 15 countries, which has alarmed Washington, nervous about an increased Chinese presence in Latin America and the Pacific where those allies are concentrated.