In Colombia, protesters march on as talks stall and blockades remain 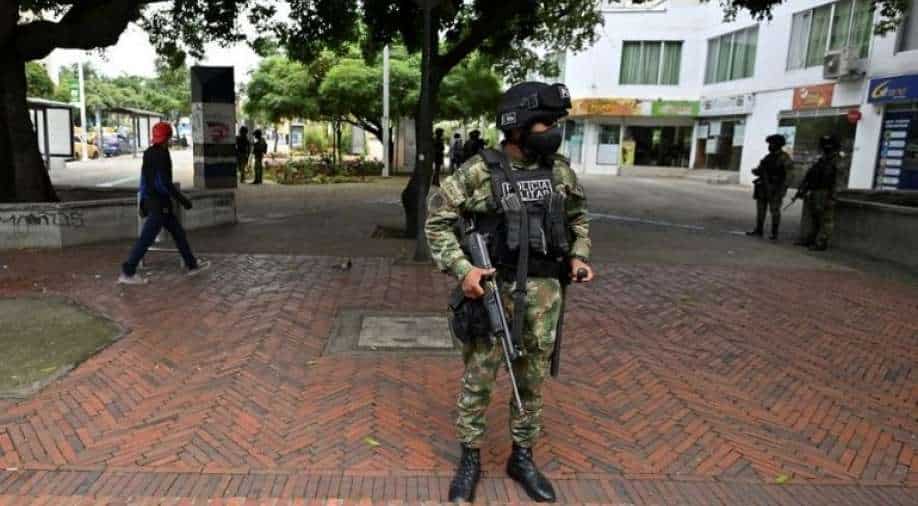 Demonstrations against the social and economic policies of President Ivan Duque began on April 28, with marchers demanding a basic income, opportunities for young people, and an end to police violence

Colombians are set to march in the streets again on Wednesday amid a stalemate at talks between the government and leaders of anti-government protests which are stretching into their second month.

Demonstrations against the social and economic policies of President Ivan Duque began on April 28, with marchers demanding a basic income, opportunities for young people, and an end to police violence.

An umbrella national strike committee made up of unions, student groups and other civil society organisations is representing marchers in discussions with the government.

Last week the two sides reached a so-called pre-agreement, the details of which have not yet been released. But the committee later accused the government of backtracking and talks on Tuesday ended without further advances.

The government said protest leaders need to condemn road blocks which have caused shortages around the country and hit exports of coffee, coal and other products, adding that that was non-negotiable. The committee has said it does not have sway over all protesters.

Francisco Maltes, president of the Central Union of Workers (CUT), who sits on the committee, accused the government of delaying the signing of the pre-agreement that includes guarantees the committee says are needed to protect protesters` rights.

"All these actions are to pressure the government into starting negotiations," Maltes told Reuters. "The government lacks the political will to seek an agreement. We are waiting for the government to sign the pre-agreement for guarantees."

Protesters count the withdrawal of tax and health reforms and the resignation of the former finance minister among their victories.

Security forces have gradually lifted some blockades, but 38 remain, according to the defence minister. Marches have seen sporadic violence.

The national police has said it will investigate police who stood by as people dressed in civilian clothes fired on protesters in Cali - the country`s third-largest city and epicentre of the protests - late last week.