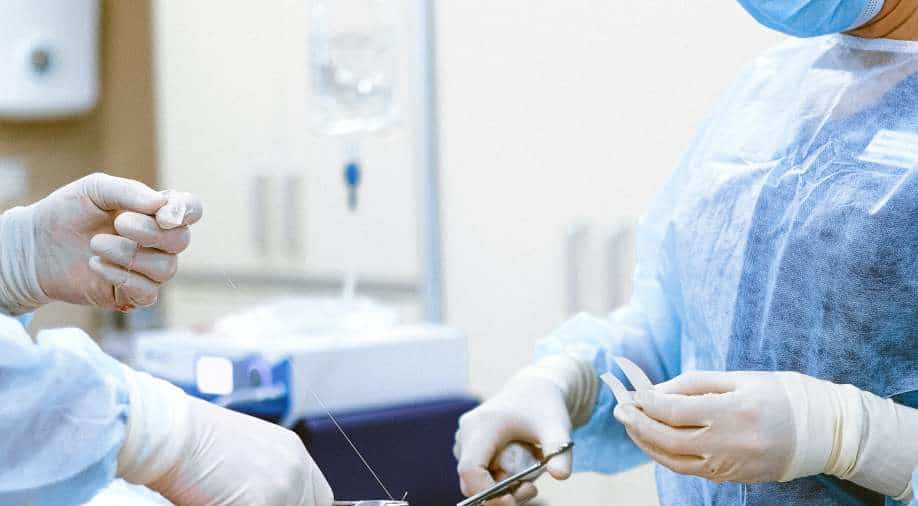 VBT operation is performed in only handful of countries Photograph:( Agencies )

A 13-year-old girl from Jordan with a spinal deformity became the first person in the Gulf region to receive a ‘new spine made of rope’. According to media reports, the first vertebral body tethering (VBT) operation was performed on Salma Naser Nawayseh on Saturday at Burjeel Hospital in Dubai.

In the surgery performed last week, a piece of rope was run down the entire length of her spine. Then, screws were inserted into each section of the spine to assist in producing the proper tension on the rope and correcting the curve, according to the Gulf News.

The operation was touted as a success as Salma was seen making a remarkable recovery following her operation. She is not only back to walking, but she also plans to return to tennis soon.

VBT is currently practised only in a handful of countries, including the US, France, and Germany.

It was in April that Salma's parents noticed an unusual curve in her spine. They were later shocked to find out that their 13-year-old daughter had scoliosis—a condition in which there is an abnormal lateral curve of the spine.

According to doctors, she suffered deformity of the back with shortening of the trunk, lower back hump, unlevelled pelvis, and back pain.

Scoliosis develops in early childhood, but its onset is witnessed in children aged between 10 and 15 years, occurring equally among both genders.

If left untreated, moderate to severe scoliosis can lead to pain, increasing deformity, and potential heart and lung problems.

Though spinal fusion is the most common surgery performed to treat scoliosis, it limits spinal mobility and subsequent growth.

In 2019, the USFDA approved a new treatment called Vertebral Body Tethering (VBT), a minimally invasive technique that allows for continued growth without fusion while preserving motion and flexibility.

The new treatment enables fusion-less spine correction, allowing the patient to experience the full range of motion and further growth. Its other advantages include discreet incisions, minimal trauma, fewer complications, and faster healing.