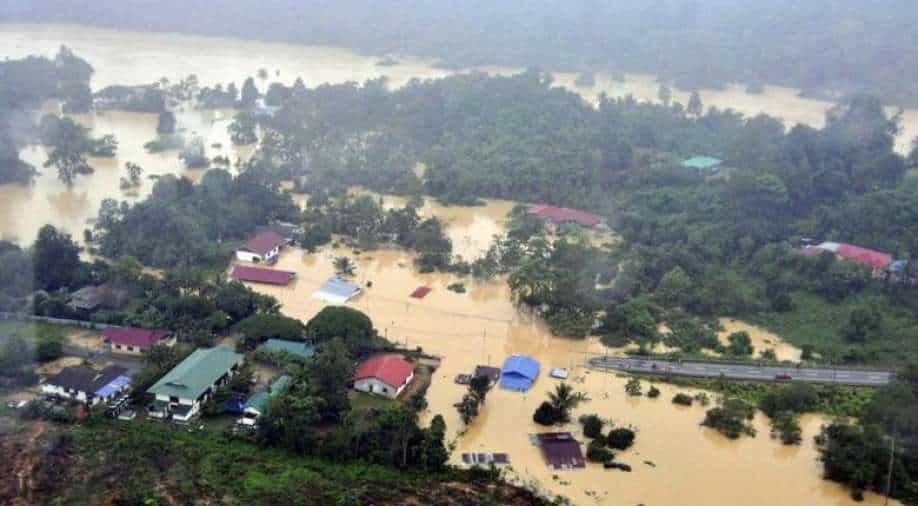 A file photo of an aerial view of floods. Photograph:( Reuters )

Several highways, schools and offices were closed and New Zealand's Defence Forces deployed helicopters to rescue some people stranded in floods in the Ashburton area

Hundreds of people were evacuated overnight and many more face the risk of abandoning their homes in New Zealand's Canterbury region as heavy rains raised water levels and caused widespread flooding.

At least 300 homes in Canterbury were evacuated overnight as water levels rose in rivers across the region in a 'one-in-100-year deluge', local media reports said on Monday.

Ashburton's Mayor Neil Brown said 'half of Ashburton' would need to be evacuated if the river's levees broke but there was 'still quite a bit of capacity' in the river.

"We need it to stop raining to let those rivers drop," said Brown, according to the New Zealand Herald.

New Zealand's MetService had issued a red warning on Sunday for heavy rain for Canterbury and multiple warnings elsewhere.

The government announced NZ$100,000 ($72,500) towards a Mayoral Relief Fund to support Canterbury communities impacted by the flooding, Kris Faafoi, the acting minister for emergency management said in a statement.

"While it is still very early to know the full cost of the damage, we expect it to be significant and this initial contribution will help those communities to start to get back on their feet," said Faafoi.