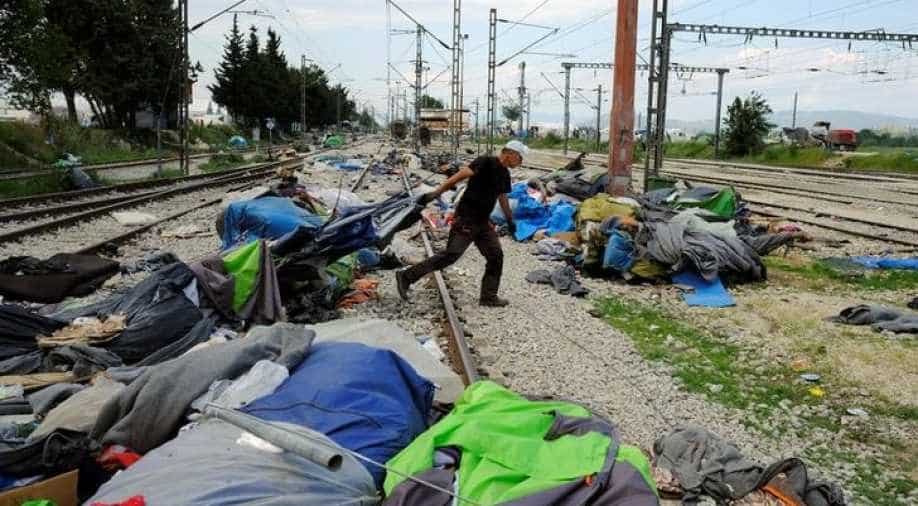 A worker removes tents used by migrants during a police operation to evacuate a migrants' makeshift camp at the Greek-Macedonian border near the village of Idomeni, Greece, May 26, 2016 Photograph:( Reuters )

Follow Us
New migrant centres set up to house migrants transferred from the Greek border camp of Idomeni do not meet international standards, a human rights monitor said today.

Tineke Strik of the Council of Europe gave her assessment after visiting three new reception and registration centres in the northern city of Thessaloniki.

"I am impressed by what the Greek authorities have done in such a short space of time to create new facilities for the people from Idomeni," said Strik, migration rapporteur for the Parliamentary Assembly of the Strasbourg-based Council.

"However, this has been a missed opportunity to create decent facilities that meet international standards. In the places that I visited, there was no privacy, no fire safety, no light and no ventilation and people have no information on their situation or their prospects," she added.

Strik, a Dutch deputy, visited the new centres on former industrial sites on Sunday and remains in Greece with a delegation of the Parliamentary Assembly visiting several refugee camps in Athens and on the island of Lesbos today and on Tuesday.

Up to 12,000 migrants found themselves blocked in the Idomeni camp, on the Greece-Macedonia border, after the migrant route north through the Balkans was closed down at the start of March.

Many of those transferred to Thessaloniki "are hoping to be reunited with family members already in other European countries," said Strik.

"Their psychological well-being will depend on the rapid completion of the pre-registration process and the ability to exercise their right to apply for asylum," she added.
Read in App