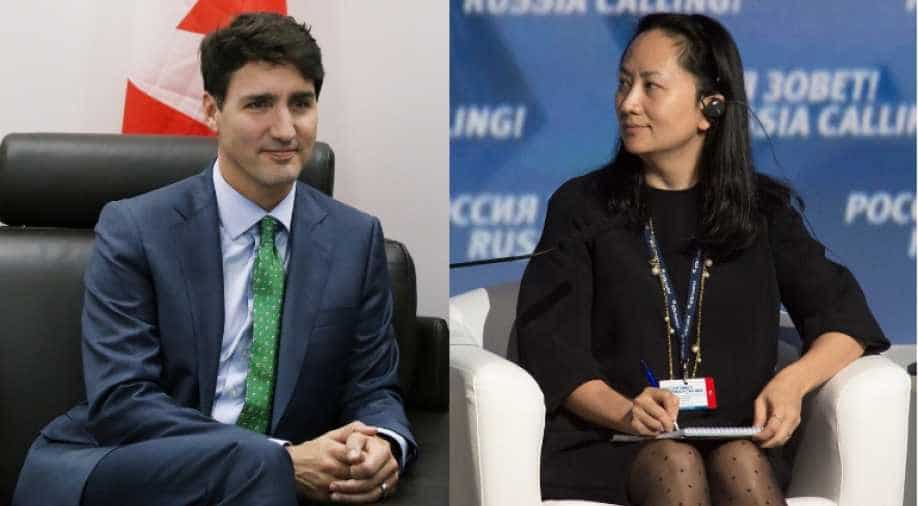 China has repeatedly called for the release of Meng Wanzhou, the telecommunication giant's chief financial officer, arrested in Vancouver

China's foreign ministry grabbed a chance to question the state of judicial independence in Canada on Friday, as Prime Minister Justin Trudeau's government faced accusations at home that it had tried to intervene to stop a corruption trial.

Trudeau's domestic troubles have attracted attention in Chinese state media due to his previous assertion that his government cannot interfere in the case of a senior Huawei Technologies Co Ltd executive arrested in Canada and now fighting extradition to the United States.

China has repeatedly called for the release of Meng Wanzhou, the telecommunication giant's chief financial officer, arrested in Vancouver in December at Washington's request. In late January the US Justice Department charged Huawei and Meng with conspiring to violate US sanctions on Iran.

At a regular daily news briefing in Beijing, China's Foreign Ministry took the opportunity to take Canada to task over possible double standards, by commenting on a domestic Canadian political issue that does not otherwise involve China.

Trudeau has disputed allegations by his former justice minister that government officials inappropriately pressured her to help the SNC-Lavalin construction firm avoid a corruption trial.

Asked by a state media journalist if it was contradictory for Trudeau to say he couldn't interfere in Meng's case and yet his government be accused of trying to intervene in the SNC-Lavalin case, foreign ministry spokesman Lu Kang said he "really liked this question".

"Of course I think that this is a question that should be asked of the Canadian government," Lu said.

"In fact on this case you have mentioned, people in Canada are paying it a great deal of attention," he added. "In fact, not only Chinese and Canadian citizens, but the whole world are extremely interested to hear how the Canadian government answers this question."

Both Meng and Huawei have denied the US allegations.