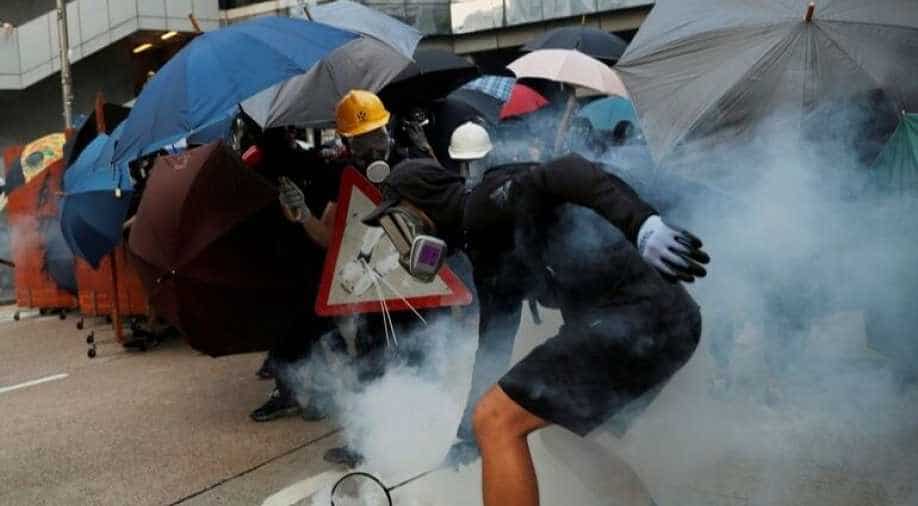 An anti-government protester tries to hit back a tear gas canister at riot police with his badminton racket, during a demonstration at Admiralty district in Hong Kong, China September 29, 2019.  Photograph:( Reuters )

Beijing is preparing for huge, tightly-choreographed festivities from Tuesday to mark the founding of the People's Republic of China.

Hong Kong pro-democracy protests on Tuesday to mark the 70th anniversary of communist China's founding on Tuesday will be "very, very dangerous", police in the city warned Monday.

Beijing is preparing for huge, tightly-choreographed festivities from Tuesday to mark the founding of the People's Republic of China, including a massive military parade that will revel in the country's emergence as a global superpower.