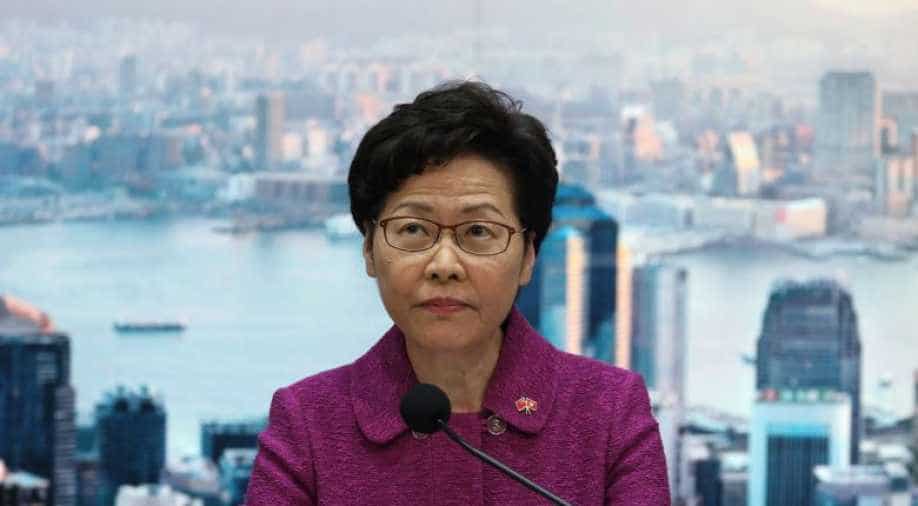 Lam was speaking at her weekly press conference a day after Mark Simon, an adviser to the jailed Apple Daily owner and Beijing critic Jimmy Lai, told Reuters the media outlet would be forced to shut in "a matter of days"

Lam was speaking at her weekly press conference a day after Mark Simon, an adviser to the jailed Apple Daily owner and Beijing critic Jimmy Lai, told Reuters the media outlet would be forced to shut in "a matter of days".

Hong Kong pro-democracy newspaper Apple Daily will be forced to shut 'in a matter of days' after authorities froze the company's assets under a sweeping national security law, an adviser to jailed owner Jimmy Lai told Reuters on Monday.

Following are some comments from Hong Kong residents and others in reaction to the news. Residents declined to give their full names due to the sensitivity of the matter:

Kathleen Carroll, chair of the board of the committee to protect journalists, which handed Lai the 2021 Gwen Ifill Press Freedom Award on Monday, said "Jimmy Lai is not just a champion of a free press, he is a press freedom warrior. He fights for the right of his Apple News organisation to publish freely, even as China and its backers in Hong Kong use every tool to quash them. We look forward to the day when we can present that award to him in person."

Li, 53, management industry, said, "It's very painful to see Hong Kong become like this. Whatever you do, you could be in jail. Everyone has to hold on. Hopefully, Hong Kong could go back to the way we knew it.

"Of course, it's pitiful. Hong Kong has lost its free voice. I hope they will have another way to continue. Hong Kong needs the voice of truth."

Lau, 72, former office worker, said, "Its news are so fake. This newspaper should have closed down a while ago. During the riot, it portrayed rioters as heroes." Apart from negative news (against the government), it doesn't have much else. It uses huge pictures and headlines to fill the pages. It will be better for security in Hong Kong."

Wong, 52, former legal professional, said, "You can disagree with what it says, but you can't oppress it. Hong Kong's freedom of speech and freedom of the press are facing huge restrictions. As a Hong Konger, I feel very sad."