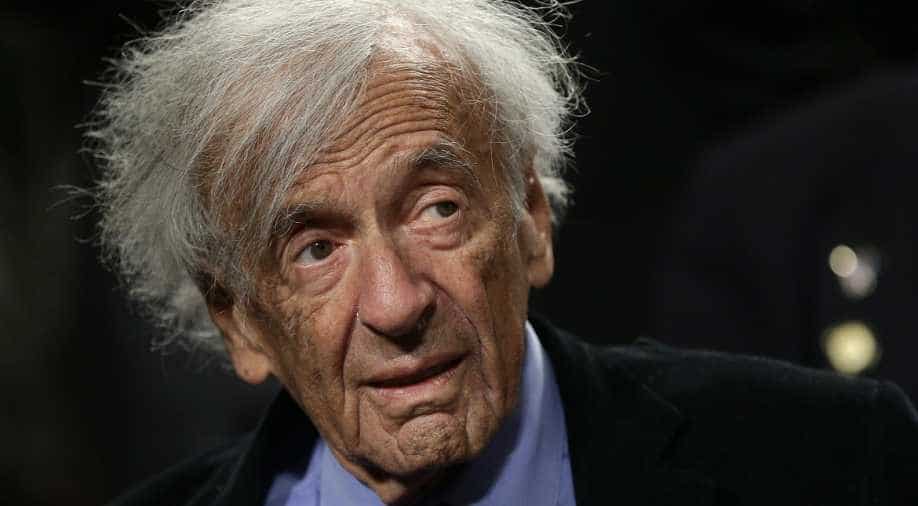 The Romanian- born Wiesel lived by the credo expressed in 'Night', his landmark story of the Holocaust - 'to forget the dead would be akin to killing them a second time.' Photograph:(Getty)
Follow Us
Activist and writer Elie Wiesel, the World War II death camp survivor who won a Nobel Peace Prize for becoming the life-long voice of millions of Holocaust victims, has died, Israel's Holocaust memorial Yad Vashem said on Saturday.

Wiesel, a philosopher, speaker, playwright and professor who also campaigned for the tyrannised and forgotten around the world, was 87.

The Romanian-born Wiesel lived by the credo expressed in "Night," his landmark story of the Holocaust - "to forget the dead would be akin to killing them a second time".

In awarding the Peace Prize in 1986, the Nobel Committee praised Wiesel as a "messenger to mankind" and "one of the most important spiritual leaders and guides in an age when violence, repression and racism continue to characterise the world."

Wiesel was 16-years-old when he emerged from the newly liberated Buchenwald concentration camp in 1945. He had been orphaned by the Nazis and their identification number, A-7713, was tattooed on his arm as a physical manifestation of his broken faith and the nightmares that would haunt him throughout his life.

Wiesel and his family had first been taken by the Nazis from the village of Sighetu Marmatiei in the Transylvania region of Romania to Auschwitz, where his mother and one of his sisters died. Wiesel and his father, Shlomo, ended up in Buchenwald, where Shlomo died.

A few years after winning the peace prize, he established the Elie Wiesel Foundation for Humanity, which, in addition to Israeli and Jewish causes, campaigned for Miskito Indians in Nicaragua, Cambodian refugees, victims of South African apartheid and of famine and genocide in Africa.

Wiesel became close to US President Barack Obama but the friendship did not deter him from criticising US policy on Israel. He spoke out in favour of Jewish settlements in East Jerusalem and pushed the United States and other world powers to take a harder stance against Iran over its nuclear programme. Wiesel attended the joint session of the US Congress in 2015 when Israeli Prime Minister Benjamin Netanyahu spoke on the dangers of Iran's programme.