Hey, that's no way to say goodbye: Cohen dead at 82 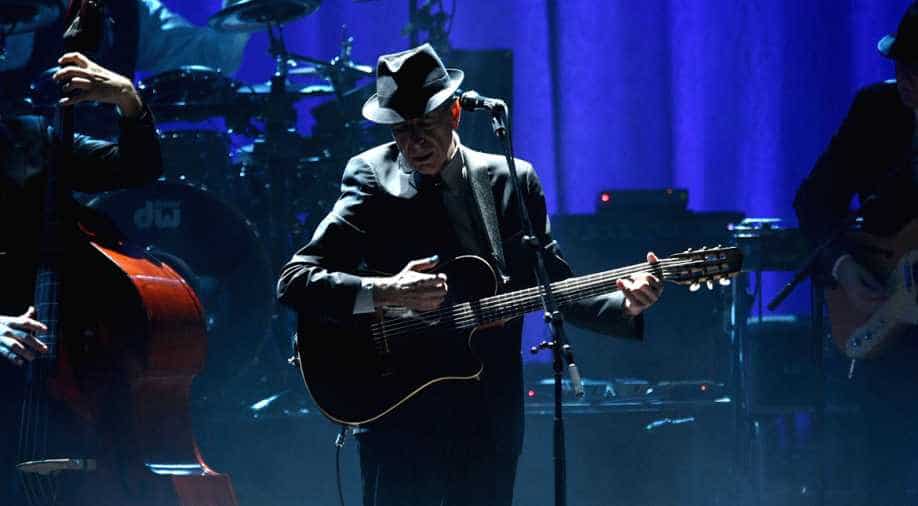 Cohen began as a poet before, at first, reluctantly branching out into music, writing some of his generation's most reflective songs. Photograph:( Getty )

Leonard Cohen, the legendary singer-songwriter and poet hailed as one of the greatest visionaries of his generation, has died at the age of 82, his publicist announced on Thursday.

"It is with profound sorrow we report that legendary poet, songwriter, and artist, Leonard Cohen has passed away. We have lost one of the most revered and prolific visionaries," read a statement on Cohen's Facebook page.

Cohen, who was brought up in Montreal but lived in California late in his life, will have a private memorial service at a later date, the statement said.

Cohen began as a poet before, at first, reluctantly branching out into music, writing some of his generation's most reflective songs including the oft-covered spiritual "Hallelujah."

He released his final album just last month. Entitled "You Want It Darker," Cohen on the album reflected at length on his own mortality.

Scores of fans took to Twitter to grieve the loss of the iconic singer-songwriter.

"There is a crack in everything, that's how the light gets in" -Leonard Cohen. RIP Legend ??

Rest In Peace, Leonard Cohen. You were a light. One of the most profound, prolific, gifted souls of our generation. #dancemetotheendoflove