Havana honoured as one of seven 'Wonder' cities 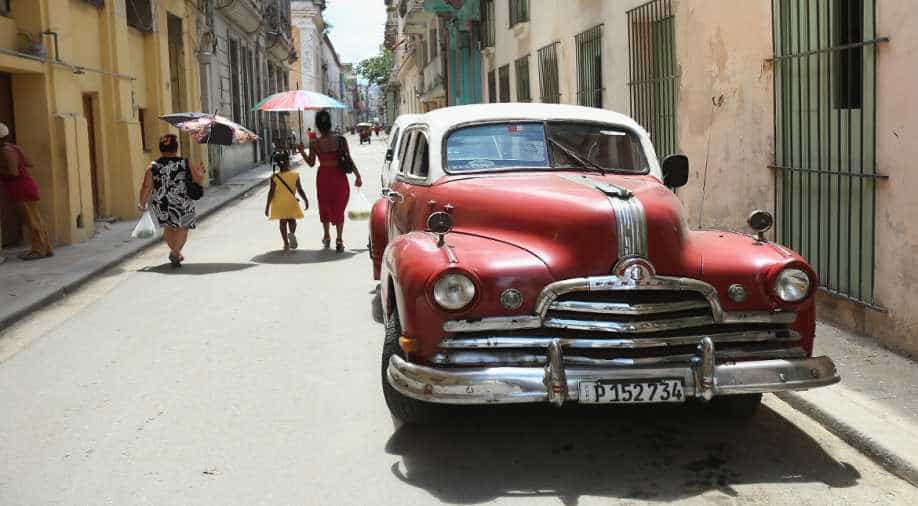 An antique American-made automobile is parked in the old part of the city August 14, 2015 in Havana, Cuba. Photograph:( Getty )

Cuba's iconic capital Havana is set to receive another boost to its flourishing tourism industry as the Caribbean city was chosen as one of the seven 'Wonder' cities of the world in a global online poll.

The global competition was organised by the Swiss New7Wonders foundation and put Havana in fourth place, behind the cities of Beirut, Dohan and Durban.

The public vote was whittled down from 28 shortlisted cities.

"It's the achievement of the Cuban people, of the experts, all the fans, the tourists who love Cuba, to have voted for La Habana, I think it's an important recognition because it creates consciousness, consciousness of conservation and also consciousness to project the future of the city," said Bernard Weber, founder and president of the New7Wonders Foundation.

With nearly 500 years of history under its belt, the Cuban capital has drawn large crowds to its prized place in the Caribbean for centuries. According to officials behind the vote, Cuba's revolutionary history, liberal lifestyle, socio-economic cities and architecture put it ahead of dozens of other cities vying for the much-coveted title.

The Morro Castle, the Alicia Alonso Grand Theatre and the Giraldilla statue are among Havana's icons.

A monument will be unveiled at Havana's San Salvador de la Punta castle to celebrate the capital's new title.

Official events will also be held until this Saturday to celebrate the honour including ballet performances and concerts from performers like the Buena Vista Social Club.

"This naming is owed to our roots, our culture, the diversity there is in the Cuban population, the contrast between the old and the new, which is surging now, and that makes it all beautiful," said Cuban citizen, Yelina Aguilera.