Gunmen kill 14 in gang-plagued Mexican state on US border 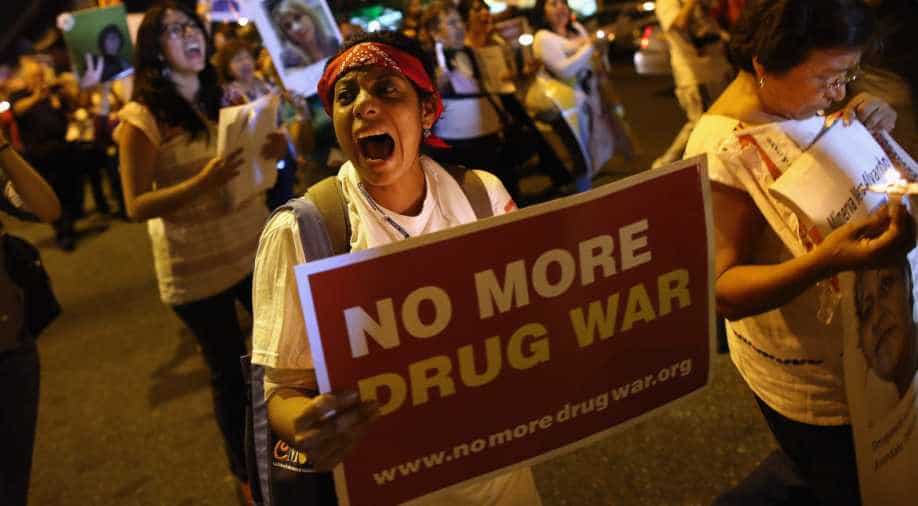 In the first attack, armed men entered a house at 7 am local time and killed 11 members of one family. Two of the dead were men while the other victims were all female, five of them minors. The second shooting took place 45 minutes later. Photograph:( Getty )

Follow Us
Gunmen killed 14 people in northeastern Mexico early on Saturday in two attacks likely sparked by gang wars in the state of Tamaulipas, the local government said.

State interior minister Herminio Garza Palacios said the shootings took place in Ciudad Victoria, capital of Tamualipas, a state on the Gulf of Mexico that has been mired in violence between warring drug cartels for years.

In the first attack, armed men entered a house in a neighborhood near the center of Ciudad Victoria at 7 am local time (1200 GMT), killing 11 members of one family.

Two of the dead were men and the other victims were all female, five of them minors, the state government said.

The second shooting took place at a house further east about 45 minutes later, the government said. A man and two women were killed, and four other family members injured, Garza said.

Federal and state forces were investigating the shootings, which were probably the result of a dispute between rival groups, Garza said. The city has been racked by infighting by factions of the Zetas drug gang, security experts say.

Bordering Texas to the north, Tamaulipas has long been a major transit point for traffickers moving drugs and people into the United States. Turf wars between the Gulf Cartel and their former armed wing, the Zetas, have racked the state for years.

Ciudad Victoria lies toward the southwest of Tamaulipas.