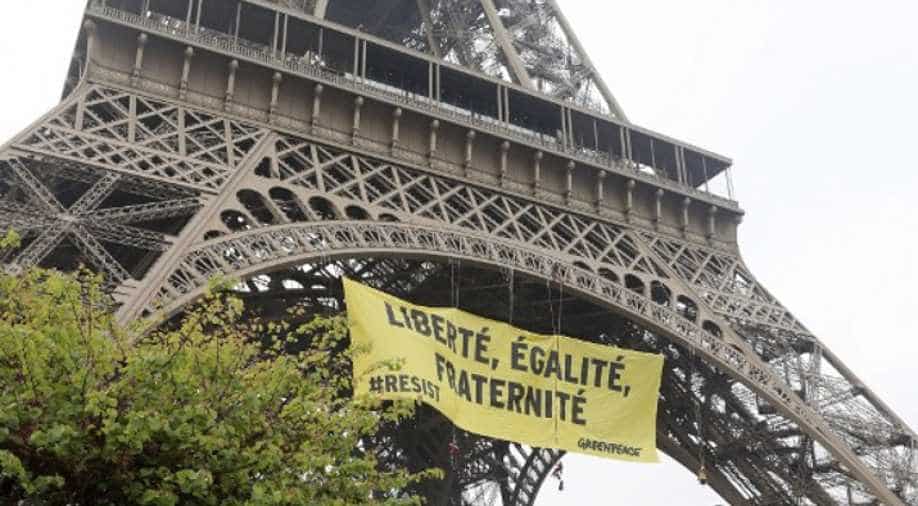 The Greenpeace action came on the last day of campaigning. Photograph:( AFP )

Greenpeace climbers unfurled a banner emblazoned with the French republican slogan "Liberty, Equality Fraternity" and the word "Resist" on the Eiffel Tower in Paris on Friday, a message urging people to vote against far-right candidate Marine Le Pen in Sunday`s presidential election.

"We wanted to say we are against the rise of nationalism and authoritarianism in France and in other countries. This is our way of reminding everybody they all need to mobilise to defend these values of Liberty Equality and Fraternity," Jean-Francois Julliard, the advocacy group`s head in France, told public radio station francinfo.

Le Pen faces off against centrist Emmanuel Macron in the May 7 ballot. Macron is tipped in polls to win and become France`s president for the next five years. The Greenpeace action came on the last day of campaigning.