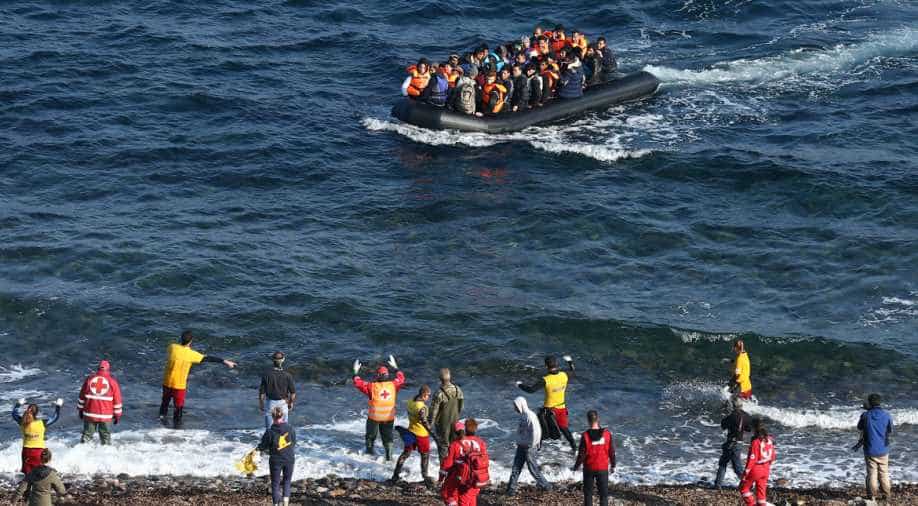 Aid workers gesture at a migrant boat as it approaches shore after making the crossing from Turkey to the Greek island of Lesbos on November 17, 2015, in Sikaminias, Greece. Photograph:( Getty )

Follow Us
Greece ordered two ships on Monday to search for a boat believed to be carrying about 200 migrants which sent a distress signal off the island of Crete, the coastguard said.

A Greek-flagged tanker and a Panama-flagged freighter in the area were heading to the location, about 80 nautical miles south of Crete and 15 nautical miles within Libyan waters, coastguard spokesman Nikos Lagkadianos told Reuters.

He said a passenger had sent a distress signal which alerted the coastguard. "We haven't spotted anything yet", he added.