General Motors temporarily lays off 6,000 workers in Mexico due to strike 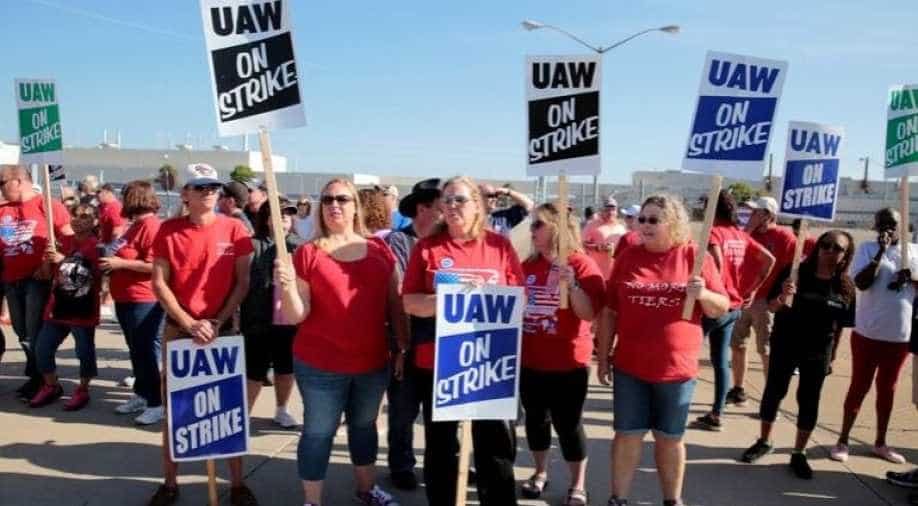 The layoffs affect the Silao assembly and transmission plants in central Mexico.

General Motors has laid off 6,000 workers in Mexico temporarily due to a US labour strike, which has disrupted production at two plants south of the border manufacturing pickup trucks, the company said Tuesday.

The layoffs affect the Silao assembly and transmission plants in central Mexico, where work has been "disrupted as a result of a parts shortage related to the UAW strike," a GM spokesman said.

The Silao workers are expected to return to their jobs after the strike, the spokesman said.

GM's Mexican arm notified workers at the Silao assembly plant that they had been placed on indefinite, mandatory vacation and would receive 55 per cent of their pay, according to an internal document obtained by AFP.

However, the company emphasized that no one was permanently laid off.

"There are no layoffs for the moment, we are evaluating the situation day to day and hope to restore normal operations soon, in a matter of days," spokeswoman Teresa Cid told AFP.

The moves come on top of the furlough of more than 3,000 workers in Canada and at an Ohio plant where GM operates a joint venture with Isuzu to make diesel engines.

Nearly 50,000 US workers are on strike at GM due to a United Auto Workers conflict over the labour contract, now in its third week.

Workers launched the strike on September 16 after contract talks failed to yield an agreement on wages, health benefits, temporary workers and job security.

The strike also comes against the backdrop of GM's decision last November to effectively shutter five plants in North America.

A report Tuesday from JPMorgan Chase estimated that the strike has so far cost GM $1 billion, adding that the company has the potential to recover some of the lost profits in the fourth quarter if the strike ends soon.