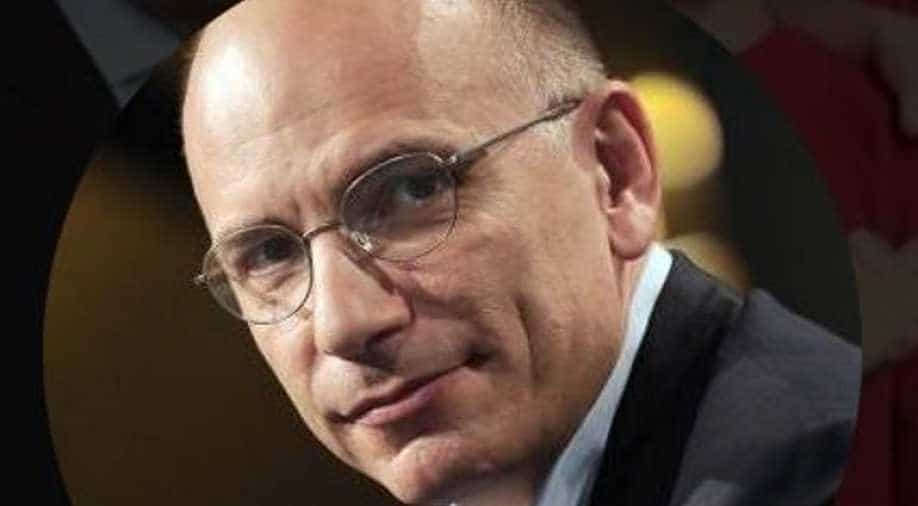 He also spoke at length on China’s Belt and Road Initiative, which is the greater threat for EU: Russia or China?

"It was a big problem for Italian competitiveness. Italian companies lost a lot from this situation," Letta tells WION in an exclusive interview in New Delhi.

He says that the underlying message in all his contacts with India at the time was that independence of the judiciary has to be respected.

Remember, the AgustaWestland helicopter scam came to light a few weeks before Letta's inauguration as Italy's prime minister but New Delhi cancelled the deal in January 2014 when Letta was the premier.

Letta tells WION that his government adopted a clear and constructive approach with India, especially because he had to deal with the fallout of the "Enrica Lexie" case, too, involving the arrest of two Italian navy personnel who were jailed for the killing of two Indian fishermen.

Further, speaking on Brexit, Letta said, "Brexit is a bad story without a happy end". "I strongly hope that the voters, British Parliament and British people will think again and will reverse this decision," he told WION. "(The Brexit referendum) was a very superficial decision. The only happy end I imagine is a second referendum and the decision to stop Brexit. The second referendum is completion of the first," he added.

He was also critical of European Union’s migration policy. "We need a human rights-friendly migration policy of the EU. I am not proud of the way in which Europe dealt with migration," Letta said.

He also spoke at length on China’s Belt and Road Initiative, which is the greater threat for EU: Russia or China? And US President Donald Trump. “When it comes to trade, Trump is against Europe,” Letta told WION. “Obama or Hillary Clinton would have been better for EU,” he added.

Currently, former prime minister of Italy, Enrico Letta, is the Dean of the Paris School of International Affairs (PSIA) at Sciences Po.