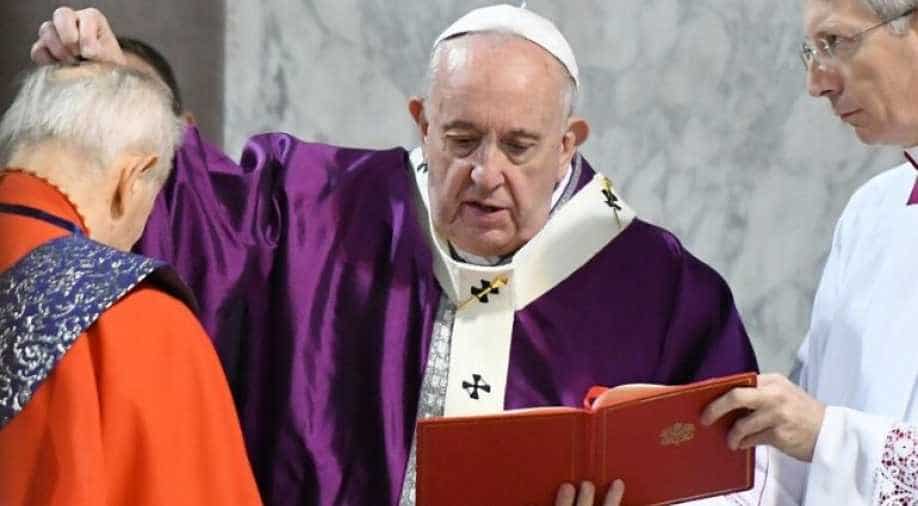 Cardinal Jozef Tomko receives the ashes on the forehead from Pope Francis during the Ash Wednesday mass which opens Lent, the forty-day period of abstinence and deprivation for Christians before Holy Week and Easter, on February 26, 2020, at the Santa Sabina church in Rome. Photograph:( AFP )

Lent is a solemn religious observance in the Christian liturgical calendar that begins on Ash Wednesday.

Pope Francis, current Pope of the Roman Catholic Church has encouraged his followers to give up trolling for Lent in his Ash Wednesday speech, news agencies reported.

Essentially, the religious leader, in his speech, told every follower to do anything besides be perpetually being online.

Pope Francis called on Catholics to “give up useless words, gossip, rumours, tittle-tattle and speak to God on a first name basis” in remarks on Ash Wednesday, the first day of Lent, the 40-day repentance period in which Catholics traditionally put aside something pleasurable.

"We live in an atmosphere polluted by too much verbal violence, too many offensive and harmful words, which are amplified by the internet," he said. "Today, people insult each other as if they were saying 'Good Day.'

Lent is a solemn religious observance in the Christian liturgical calendar that begins on Ash Wednesday and ends approximately six weeks later, before Easter Sunday.