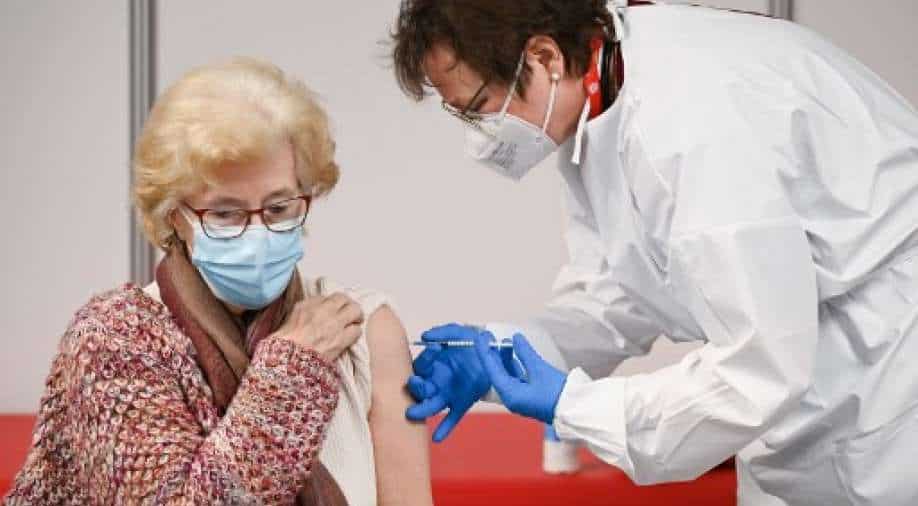 The inoculation drive in Europe's top economy is gathering pace

The move means anyone aged 16 and up will be eligible for a vaccine in Germany, scrapping the existing priority criteria based on age, jobs and pre-existing medical conditions.

"We have agreed to lift the priority system on June 7... in doctor's practices, among company doctors and in vaccination centres," Spahn said after talks with Germany's 16 regional health ministers.

After a stuttering start, Germany's jabs campaign has kicked into high gear in recent weeks as vaccine supplies increased and general practitioners joined the effort alongside vaccination centres.

Germany last week hit a fresh record when it vaccinated more than 1.35 million in a single day.

Overall, 37 percent of adults in Germany, Europe's most populous country, have now had their first jab. More than 11 percent are fully vaccinated.

Spahn said Germany had been right to prioritise the most vulnerable at the start of the vaccination campaign, saying it had "saved lives".

But given the fast progress of the vaccination campaign, "we can now plan the next step", he added.

"Even when the prioritisation is lifted that doesn't mean anyone who wants to can get vaccinated in June," he told reporters. Doctors and vaccination centres were still working their way through the current priority group, he said.

"But I can say that anyone in Germany who wants to be vaccinated to protect themselves and others, will get an offer."

Several German states, including Berlin, Baden-Wuerttemberg and Bavaria, have already gone ahead and scrapped their priority lists from this week. That has left doctor's offices inundated with calls and emails from patients looking to get jabbed.

Germany is currently vaccinating priority group 3, which includes people over 60, those with pre-existing health concerns and people in frontline jobs such as supermarket staff, lawyers and bus drivers.