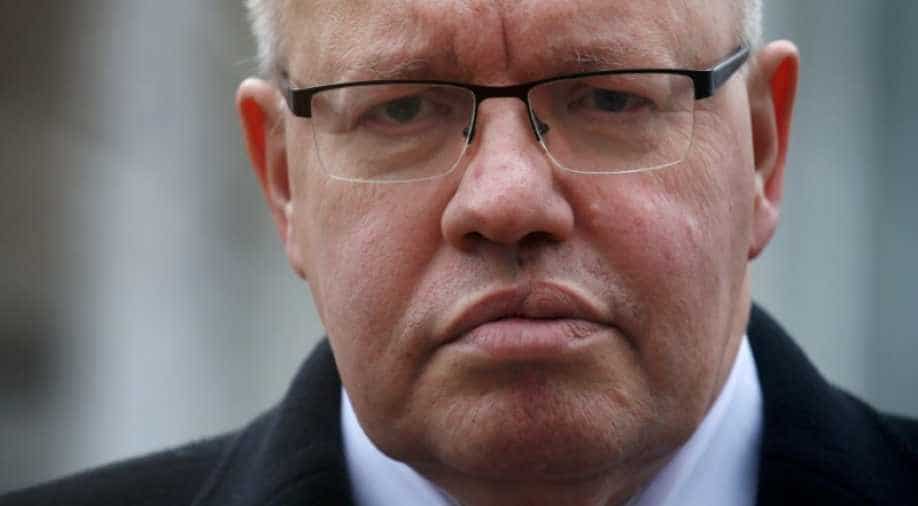 Germany acknowledged it could be hard to protect companies doing business with Iran as a senior U.S. official renewed a threat of sanctions against European firms following Washington's decision to pull out of a nuclear deal with Tehran.

Foreign Minister Heiko Maas said, however, that it could be difficult to protect European firms from any fallout from the U.S. decision.

"I do not see a simple solution to shield companies from all risks of American sanctions," Maas told the Bild am Sonntag newspaper.

Altmaier said there was a deadline of up to 90 days for foreign firms to comply with U.S. sanctions or face penalties.

"In this time, we'll use all possibilities to persuade the U.S. government to change its behaviour," he told ZDF television.

"That can be achieved through talks and by explaining that everybody will be losing in the end if we are running into a worldwide escalation of unilateral measures," Altmaier added.

Trump's decision on Tuesday to renege on the 2015 nuclear accord with Iran and reimpose sanctions against Tehran came with the threat of penalties against any foreign firms involved in business there.

"It's possible. It depends on the conduct of other governments," Bolton said on CNN's "State of the Union."

Since the easing of sanctions against Iran in early 2016, German exports to the country have jumped by more than 40 percent, with machinery and vehicles high in demand.

Germany - along with France and Britain - has said it remains committed to the nuclear deal. The foreign ministers of the three European powers will meet their Iranian counterpart in Brussels on Tuesday to discuss a way forward.

"The talks with the Europeans, Iran and the other signatories to the agreement are therefore also about how it can be possible to continue trade with Iran," Maas said.

Maas said the Europeans wanted to wanted to ensure that Iran would continue to abide by the rules and restrictions of the nuclear agreement.

"After all, Iran is ready to talk. It's clear that there should also be economic incentives - that will not be easy after the U.S. decision," Maas said.

The minister echoed calls from Chancellor Angela Merkel and other leaders that Iran should agree to a broader deal that went beyond the original accord and included Iran's "problematic role in the region".

The Trump administration portrayed its rejection of the nuclear agreement as a response, in part, to Tehran's interventions in the Middle East, underpinning Israeli Prime Minister Benjamin Netanyahu's tough line towards Iran.